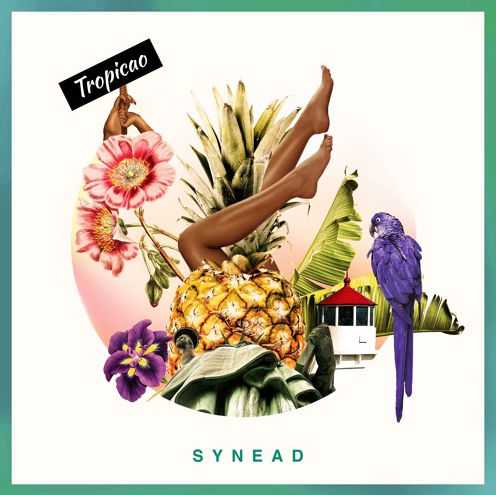 From recruiting an estimated 75,000 people to one of the “most prominent anti-police brutality marches the city had ever seen”, Synead has indeed come a long way.

The 25-year-old native New Yorker is no stranger to the headlines, with extensive coverage of her endeavours starting right from when she co-founded Millions March NYC at age 22.

Fast forward a few years and Synead steps right back into the limelight, this time embarking on a new, deeply personal project as a solo record artist, introducing us to her sound with debut single “Tropicao.” An ode to her homeland of Trinidad and Tobago, “Tropicao” is a charismatic R&B/pop crossover single whose tropical-infused production puts Synead’s enviable vocal chops on full display. Debuting via Ebro Darden, “Tropicao” was born out of Synead’s trials and tribulations as part of the activist scene, representing an internal shift to personal care:

“It was really an opportunity for me to take some time to regroup. I was so focused on playing my part as an activist that I forgot that I needed to take care of me. Tropicao was inspired by that need to love myself, to show appreciation for a culture that’s always kept me grounded, and to show people that it’s okay to be happy and live life…..I think, especially times like this, that it’s easy to feel guilt when putting myself first, but in many ways I think that in itself is a form of activism, too.”

“Tropicao” is a collaboration between Synead, New York producer Cabo Blanco, and executive producer Matt FX. Blanco, real name Henry Cardenas, has championed Caribbean and Latin dance music sub-genres around the world with notable releases on Lisbon label Enchufada, and nods from Diplo. Fellow collaborator Matt FX is best known for this role as music supervisor for Comedy Central’s hit television series Broad City, as well as his role as an on-air host for both MTV’s Wonderland and Spotify’s Unpacked.

The collaboration between Synead and Matt FX is a natural progression of a friendship that began as teens on their first day at Laguardia High School – aka the school from FAME, which also counts artists such as Azealia Banks and Nicki Minaj amongst it’s storied alumni. Aside from Synead’s activist work, that has awarded her praise from outlets including Elle, Essence, Teen Vogue as one of their 17 Rising Stars Who Personify Black Excellence picks in 2017, and the NAACP as a history maker in her crucial role in community organization, Synead has also made waves in the music world thanks to her work with Harlem rapper S’natra and Grammy Award-winning producer Ivan Jackson of Brasstracks.

On the horizon for Synead, keep an eye out for the “Tropicao” music video dropping later this month, as well as a follow up single “Lost In The Wild” slated for early summer 2017.