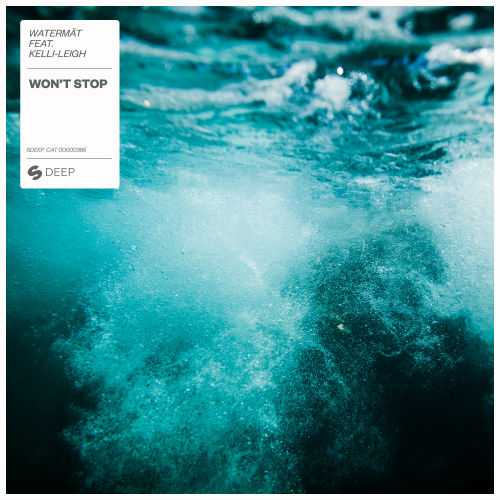 Famed French producer Watermät has entered 2017 with a new release that is destined to be an instant classic, featuring Kelli-Leigh, the overwhelming dance record ‘Won’t Stop’.

Perfecting his deep house-progressive sound to the fullest, hot on widespread DJ support, it’s out now, and it’s more than worth a listen.

Check it out here:

An overwhelming piece of deep house, the track features the characteristic Watermät sound blended with energetic samples and the upbeat vocals of Kelli-Leigh. It’s cool, it’s massive, and it’s destined to dominate festivals this season.

Dance music has never been the same since the rise of French DJ/Producer Watermät. Coming up as an underdog, although not a complete newbie, he’s by now turned the scene upside down with his completely original sound.

Born as Laurent Arriau, Watermät has been composing tracks for several artists in the past, before releasing his own tracks. In the autumn of 2013 he decided it was his time to take the stage himself and share his love for dance music with the world. ‘Bullit’ was his first track released on Spinnin’ Records, which reached the GOLD status on Beatport and kept a position in the Deep House chart for almost a year consistent. It turned into a worldwide hit, played on dance floors as well as radio, receiving huge support from the biggest DJs in the scene who included the track in their set.

With follow-up track ‘Frequency’ (a collab with TAI), Watermät moved into a more deep and darker sound, but remaining catchy, creative and massive. Tracks ‘Portland’ (alongside Moguai), ‘All My Love’ and ‘Empire’ were released after that, all played by the biggest DJs out there, followed by late 2016-hit ‘Fade’, turning into another popular DJ tool for many.