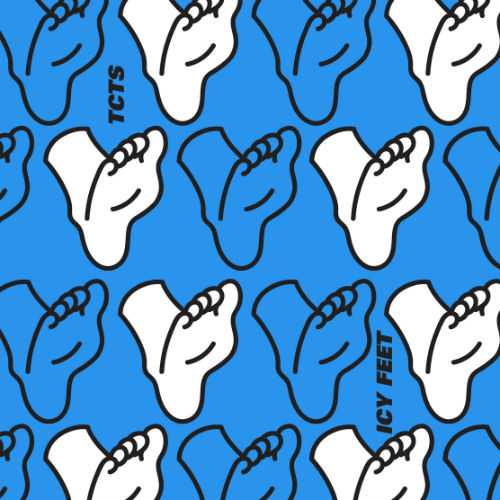 TCTS’ insanely catchy Icy Feet is one of the most infectious dance-floor cuts you’ll have heard in years. On air and on sale from today, expect to hear this across the party season and beyond.

Tipped by the likes of Annie Mac, Pete Tong and Huw Stephens, big things beckon for Manchester-born Sam O’Neil aka TCTS. His reputation for prime raving material has seen him pick up impressive stats on Spotify and SoundCloud, recently bolstered by his last single, ‘Live For Something’.

Since his emergence as one of the UK’s most tipped producers, TCTS has built an impressive discography across some of the UK’s hottest underground labels, Greco-Roman (co-founded by Hot Chip’s Joe Goddard), MTA and beyond, plus his own Make Something imprint (which launched with the brilliant ‘Jelly’).

On the remix front he’s taken on Watermat, Haim, Years & Years, Jessie Ware and Snakehips, to great acclaim. As an in demand DJ – in the UK and abroad – he’s shared bills with Disclosure, Jackmaster, Todd Terje, Duke Dumont, and Bondax, while festival highlights include Glastonbury, Reading & Leeds, Outlook, Creamfields, Latitude, Miami Music Week, and beyond.