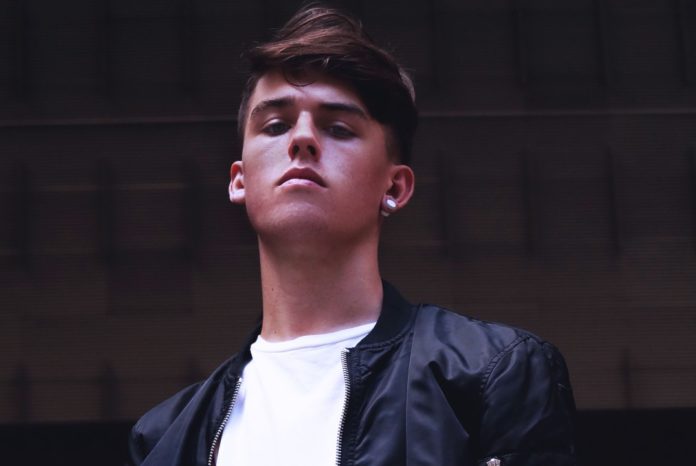 The Caracal Project and Leotrix are dropping some serious knowledge, as the two game-changing bass artists collide on “New Lesson” for Gud Vibrations.

Hailing from France, the low-end beast known as The Caracal Project has been cutting his teeth to tackle a slower bpm range, under the eye of a forward-thinking master of the genre: Leotrix. The guys met online in late 2019 around the release of The Caracal Project’s ‘Homegrown EP,’ released via Phace’s lauded Neosignal imprint, and Ethan (Leotrix) was gassed about the idea of Félix (TCP) producing around 140. He assigned himself the mission of pushing the young French man to release something new. Exchanging some samples, both of the guys settled on the “New Lesson” loop wrote by Ethan. Félix then took this simple idea and extracted all the juice he could get out of it, grabbing all the spices he had on the shelf, a touch of tech punch, a fragrant pinch of flamenco and sprinkles of futuristic sound works; and this “New Lesson” was ready to be devoured.

After comparing notes, the Caracal Project and Leotrix barge into the classroom with a collab that is just as much a head-scratcher as it is a chin-stroker. “New Lesson” throws the textbook out the window, sliding into the session with a suspenseful intro built around a drizzle of melancholic piano chords that lead the way into attention-grabbing pages inked from gloomy pad lines, spiralling vocal chants, and effervescent textures. Before long, they proceed to kick out a visionary chunk of tech funk that will fry your frontal lobe. The glitchy grind and next-generation riddim chops get the mind running a million miles a minute, only to break off into an advanced lightning round with the call-and-response in the closing section. No amount of preparation will help you keep up with the two brains powering this presentation.

The Caracal Project is one of the most promising acts in Bass Music today, hailing from France and its rich dance music heritage Felix is constantly exploring different BPMs from Drum & Bass to House and now Dubstep. He was the first name announced as part of the ‘Future Vision’ NYE livestream of UKF to end 2020 on a bright note and several uploads with the major Bass Music outlet have already been confirmed including this release. Although 2020 saw the cancellation of many shows all across Europe, the relentless support of the likes of Rene Lavice or Annie Mac on BBC Radio1 leave no doubt that the UK market is already charmed by his fresh and innovative touch, and so does the DJ support with the likes of Camo & Krooked, The Upbeats, Noisia, and Mefjus.

On the other hand, Leotrix is a young-gun making tidal waves out of Australia with one of the most consistent pupil-dilating Discogs from Down Under and beyond. His meteoric rise over the past few years is due in no small part to the bottomless bag of new tricks he’s not afraid to reach into on a regular basis. He’s made the rounds with a whole host of top-tier bass camps, ranging from Never Say Die, Disciple, Wakaan and many more. The growing list of tastemakers sitting in his corner should be a clear indication of his skyrocketing stock, having garnered support from Zeds Dead, Excision, Zomboy, Kayzo, and Virtual Riot.

“New Lesson” is a meeting of the minds between two trailblazing talents, so if you haven’t already, be sure to bookmark The Caracal Project and Leotrix if you don’t want to get left behind.