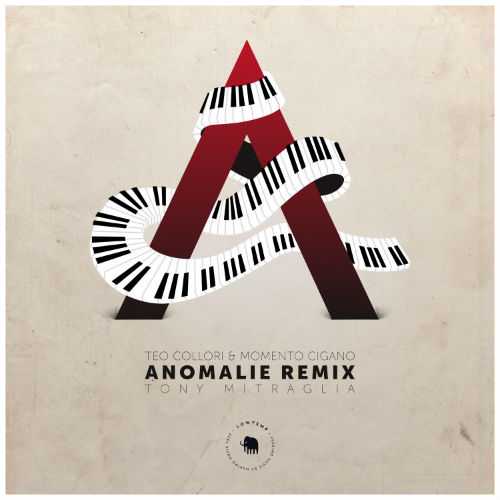 Spring is shaping up to be a productive period for Gramatik’s label Lowtemp. It all kicks off with an exciting release in late March – a clash of the label’s jazz titans, so to say. In 2016, Lowtemp released guitarist Teo Collori’s masterful gypsy swing album honouring the great Django Reinhardt and one of the cuts, Tony Mitraglia, caught the eye of keyboard virtuoso Nicolas Dupuis, better known as Anomalie.

Teo Collori is a classically trained jazz guitarist from Slovenia known for his infectious creative energy, which culminated on last year’s album “Hot Club Piran” for which he wrote and arranged all of the songs. He is also responsible for those delicious guitar licks in Gramatik’s track “Just Jammin” that is still in very high demand among his fans. Similarly, Anomalie’s musical interests are also rooted in jazz but his weapon of choice was the piano which he has now been playing for more than 16 years. During the last five or so years he developed a taste for electronic music and started to combine the two in a completely unique way. Following his signing to Lowtemp and an excellent single “Odyssee”, he is currently busy touring and performing with Gramatik while also working on a new EP.

Despite all of that he couldn’t resist Teo’s signature track Tony Mitraglia and had to put his twist on it. The result is a joyful ride through crazy arrangements, chopped up guitar licks and clarinet stabs, all brilliantly held together by Anomalie’s keyboard wizardry.

Aside from that, Anomalie’s remix of “Tony Mitraglia” also serves as the lead single from the third edition of Lowtemp’s compilation series, coming out in May. The 2017 volume will once again feature highlights from the previous year, while also hinting at what’s to come next with exclusive, previously unreleased material from the label’s roster.