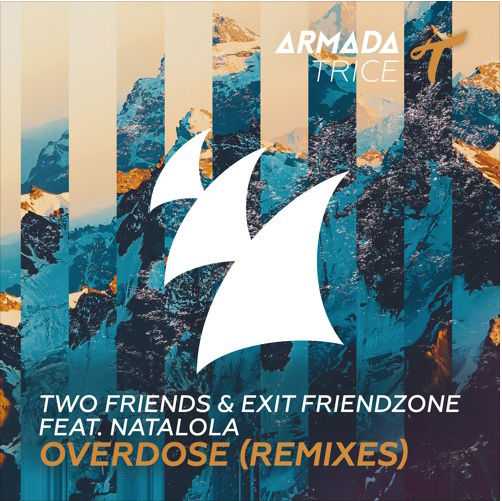 Two Friends are kicking off 2017 with the release of a comprehensive remix package for one of their biggest hits last year, ‘Overdose ft. Natalola’.

Inviting four up and coming producers to throw their hats into the remixing ring, Two Friends have managed to put together an eclectic mix of different sounds, styles and variations of their ‘soul house’ jam.

First up is Jameston Thieves, who has been turning heads in the EDM world thanks to his hard-hitting brand of dance music. His take on ‘Overdose’ starts in a conventional house style but the energy is soon dialled up, transforming the track into an electro-bass banger.

Taking the reins next is Chicago native and New Orleans local, CRWNS. Re-jigging the track into his distinctive future bass style, and at only 21-year old, CRWNS is certainly one to look out for this year. Up next is Jinco, whose love of surfing is only surmounted by his passion for DJing and producing.

Taking the track into more dub and brass heavy realms, Jinco’s provides another interesting sonic contrast for the package. Last up is a producer new to the circuit that has already caught the attention of The Chainsmokers, Gareth Emery and Henry Fong amongst others. Going by the moniker, Sokko, the LA based producer has stayed more true to the aesthetic of the original by using uplifting chord progressions and similar song structure.

Word from the guys:

Super pumped to release these bad boys- got some of our favorite up and coming dudes on this pack and everyone brought totally different vibes to the original. Lots more coming soon that we are too stoked about. much love! -matt & eli