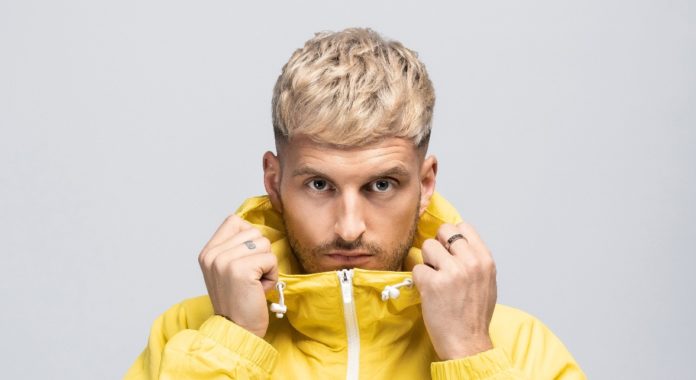 D.O.D has been making moves across the board since signing with Armada Music earlier this year and continues to take steps on his road to stardom. Fresh from firing over ‘Cardboard Box’, the U.K. DJ and producer delivers his next delicious single in the form of ‘Moments’, a collaboration with London-based female duo The Melody Men.

Already championed by a huge list of scene leaders including David Guetta, Lost Frequencies, Lucas & Steve, Sam Feldt and Tiësto, ‘Moments’ marks D.O.D’s second offering to Armada Music and his first link-up with The Melody Men. Built on a foundation of altered vocal shouts, radiant piano chords and beefed-up beats, it’s the kind of record that will keep listeners on a high for a very long time.

D.O.D: “The idea for ‘Moments’ came from me being on tour and missing my loved ones. This can translate to anyone who has to spend extended periods of time away from family and friends, so I’m positive this track will resonate with a lot of people. Got to cherish those ‘Moments’.”

The Melody Men: “The song we wrote was very much influenced by the strains of being in lockdown and missing our nearest and dearest. Looking forward to those ‘Moments’ that we can spend with loved ones again. Hopefully, some positivity has come out of the current situation. Much love to D.O.D for the inspiration.”

Known for his signature brew of Jackin’ House with a sprinkle of old school and a dash of U.K. heritage, D.O.D (Dan O’Donnell) has well and truly found the sweet spot between fun and fame after starting off his DJ career playing in local bars and clubs in his hometown of Bury in Manchester. He chalked up multiple #1s on Beatport, collaborated with figureheads such as Afrojack, Fedde Le Grand and Sander van Doorn, and garnered well over a hundred million plays across the most popular streaming portals. Although much of his success on the live front happened overseas with spots at gargantuan festivals such as Tomorrowland, Ultra and Creamfields, he has also cultivated a commendable list of U.K. events, clubs and festivals he’s played at, including MOS, Cream @ Nation, Tall Trees, Arches, Sankeys, Gatecrasher, Syndicate, Alexandra Palace, Mint Club, Mission, Digital, SWG3 and Warehouse Project.

A multi-faceted writing and production team, The Melody Men is ironically composed of two females making a serious name for themselves in a testosterone-dominated industry. Sporting a collective skill set that’s much greater than the sum of its parts, the London-based pair have a burgeoning list of co-writes to their name. They have provided co-writing and vocals on the latest anthem from Toolroom boss Mark Knight called ‘If It’s Love’, graced bangers from the likes of Kideko, Mason and Tough Love with their toplines and even released a collection of their infectious hooks as a sample pack (‘Killa Club Hooks’) for market leaders Loopmasters. The girls are working with some of the biggest and best producers and labels out there, now adding fellow U.K. artist D.O.D and globally renowned label Armada Music to their list.