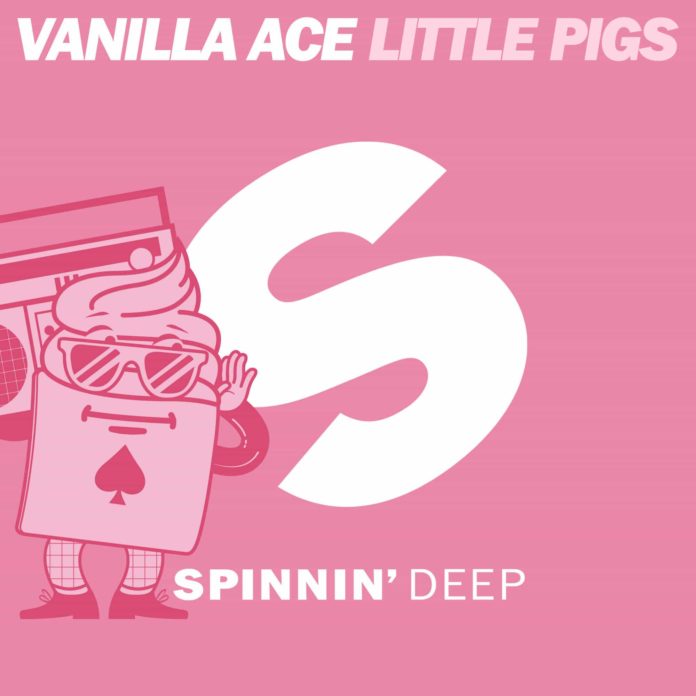 Vanilla Ace is a prolific and increasingly prominent force in house music. A firm favourite in his native UK and a growing name globally, 2016 was arguably his strongest year to date, with searing club hits on CUFF, Nervous, Bunny Tiger and of course ‘The Gee’: the sax-led, Club Sweat-released anthem that topped the Beatport overall chart for nearly two weeks.

2017 continues in similarly impressive fashion, with releases on Toolroom, Spinnin’ Deep and Glasgow Underground already in the bag, plus remixes on Skrillex’s OWSLA imprint and his take on Soul Sonic Force’s ‘Planet Rock’, forthcoming on Atlantic Records.

As said, Spinnin’ Deep is releasing Vanilla Ace’s new single ‘Little Pigs’. His house take on one of the most familiar tunes ever, has already turned out into an early 2017 DJ’s favorite.

“For a long time I’ve admired Spinnin’ Deep so it’s great to finally release a big record with them like ‘Little Pigs’. The track contains a replay from one of the biggest UK dance tracks of the early 80’s ‘Papa’s Got A Brand New Pigbag’ by Pigbag, which is why I called it ‘Little Pigs’ and to keep going with the Big Bad Wolf theme I arranged for some ‘Blow Your House Down’ vocals on top. Let’s hope it ‘eats up’ the charts LOL” – Vanilla Ace