Always pushing the bar when it comes to the most advanced amalgamation of music and technology, Eric Prydz EPIC (Eric Prydz In Concert) series never ceases to amaze. Year on year, version to version, it only gets better by leaps and bounds and exceeds any and all expectations.

EPIC 6.0: Holosphere is set to debut this coming weekend at the famed Tomorrowland. While the festival itself had to tweak an entire stage which will play host to this mammoth setup and performance debut, they clearly felt it was worth it. Sharing a short teaser video on Twitter, Prydz already has attendees in awe.

The Verge revealed an inside look into what goes into building this one of a kind rig and what the overall production entails. Only outdoing himself each time since kicking it off in 2011, speaking about EPIC as a concept, Prydz said, “Ever since we started doing EPIC, our goal has always been to try and blow people away, but in a way that they haven’t been blown away before at an electronic dance music event.”

The Holosphere which has been in the works for about 2 years now is an intricate technological marvel. While numerous EPIC shows have centered around increasingly grand holographic effects in the past, none come close to the marvel the world is set to be let in on.

In his most ambitious project yet, Prydz will stand on a small riser amidst the eight-meter-wide sphere which will stand as the centerpiece of the production. With a complete redesign, the new holosphere does away with projected holographic effects. The multi-story sphere is intertwined with more than 2.4 million LEDs that will transform into various creative objects throughout the performance. During the performance, the Holosphere will have the ability to be illuminated with swirling galaxies, or crackle with darts of electricity, but also be able to transform into slowly rotating alien planets. Depending on how intensely as well as how much of the sphere lights up, Prydz can be clearly seen inside, or nearly disappear.

Explaining why they chose to use a sphere this time around, Prydz’s long-time collaborator Mark Calvert from London-based tech company Realtime Environment Systems (RES)explained how a physical sphere not only provides actual depth but will let the audience see the Holosphere’s larger-than-life visuals from all sorts of different angles without any distortion. He also explained how all previous editions of EPIC have been amazing but at the end of the day were limited to two-dimensional projections.

72 handmade panels in varying shapes interlock onto a metal skeleton to form the Holosphere. Designed by Light Initiative founder Bryn Williams, each panel has LEDs both inside and out. The modular panels allow for quick fixes when required with the ability to replace each individual strip by popping it straight out. The massive five-ton sphere has also been split into two to work with weight restrictions and other issues the production could potentially face in venues. The top half is bolted to the ceiling using four dumbbell-sized bolts, while the bottom half is supported by the stage.

While the sphere its own story, the visuals on it another. Designer and VJ Liam Tomaszewski is responsible for creating the Holosphere’s mind-bending animations. He has used a number of resources to create the visuals using a mishmash of Cinema 4D, Houdini, Maya, and Adobe After Effects, along with “hundreds of plug-ins and different tools.”

Sure, the sphere will be the centerpiece of the entire spectacle, but it’s far from the only thing. The look will be completed by two massive video screens which will flank the sphere on each side from behind. With regards to the lighting, designer Ross Chapple has stacked the stage with over 500 fixtures including 150 individual laser diodes, lamp beams, and LED bars that spoke out from around the center. The bars are on motors and can move up and down around the sphere, like the curve of a manta ray’s fin. There’s also a lighting rig at the top of the sphere that will lower inside and strobe to look like a “nucleus exploding.”

This entire spectacle will be completely performed live. While Prydz wants the show to be custom-tailored to his audiences each time, cameras over the crowd will feed to video monitors beside Prydz while he performs allowing him to gauge his audience to be able to do this. While Prydz will take control of the audio aspect, Tomaszewski and Chapple will be working in tandem to sync the lights and visuals with each track in real-time with him. While they know every Prydz song inside and out, what they will not know is the order they will be played in.

This weekend, two years worth of work will culminate in a mere two-hour performance as the Holosphere sees its first public outing, rightly so at one of the largest EDM festivals in the world, Tomorrowland. Prydz is excited to see their “nearly impossible idea” finally become a reality and come to life. He went on to say, “It’s fun to see how far you can push it, how extreme you can make things, and how you can come up with ideas that people haven’t seen or experienced before. Then, the joy of seeing people going absolutely crazy over it is an amazing feeling.”

While there are still no future dates for EPIC 6.0: Holosphere, Prydz and his team have no idea if there ever will be. We’ve heard experiencing an EPIC show is a once in a lifetime experience, and this sounds nothing short of that. 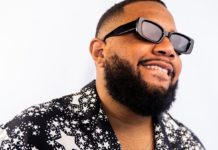