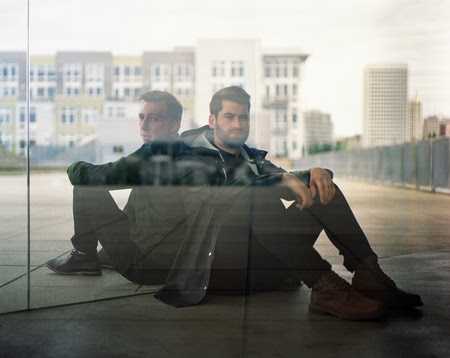 ODESZA (Harrison Mills, Clayton Knight) who are one of the most celebrated electronic music acts around announce their new 16-track album – A Moment Apart, out 8 September 2017 and a world tour that takes place in London’s 02 Forum Kentish Town. Album closer Corners Of The Earth (feat. RY X), released today, builds upon a chilling vocal performance by RY X through thunderous low-end and swirling synthesizers, horns and choir that grow and expand throughout the song. The track coalesces into a cinematic, emotional climax in a pure ODESZA style. Also released today, Meridian, is a trademark ODESZA song, filled with rhythmic, pulsating drums and powerful vocals in a bed of lush synths and percussive punch. Meridian has a touch more grit and represents a subtle tone shift for the duo as reflected in the cover art designed by Mills and Michelle Gadeken.

Listen to both Corners Of The Earth (feat. RY X) and Meridian along with the previously released Line Of Sight (feat. WYNNE & Mansionair) and Late Night here.

ODESZA embark on a world tour, headlining their biggest venues to date including STAPLES Center in Los Angeles, Barclays Center in Brooklyn and London’s O2 Forum. Pre-sale tickets are available here, starting Tuesday, June 13 at 10:00am local time. General sale begins Friday, June 16 at 10:00am local time. For the European leg of the tour, ODESZA will be supported by Hayden James.

Listen to the entire album on iTunes.