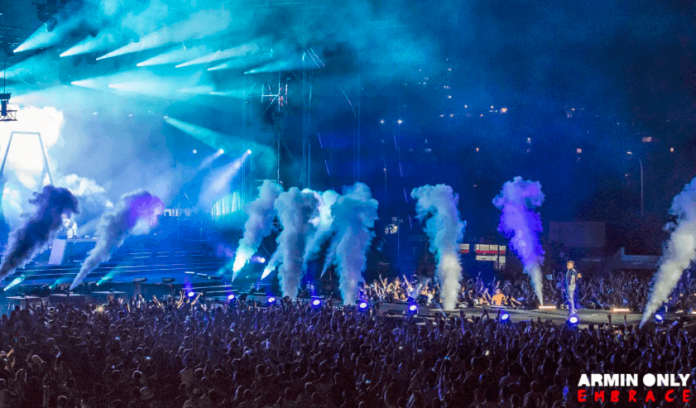 The Armin Only Embrace has added Jakarta and Singapore to the 2017 global tour. The Grammy-nominated Dutch DJ/producer Armin van Buuren and internationally acclaimed artistes (Mr. Probz, Kensington, Eric Vloeimans & Cimo Fränkel, Angel Taylor, BullySongs and Betsie Larkin) are set to perform in Jakarta’s Jiexpo Kemayoran (March
31, 2017) and Singapore at The Meadow, Gardens By The Bay (April 1, 2017).

The announcement of the Jakarta and Singapore leg of the world tour adds to the legendary sold-out shows in Marbella, Spain; Sofia, Bulgaria; Jerusalem, Israel; Istanbul, Turkey; Minsk, Belarus; Mexico City, Mexico and more. Armin Only Embrace in Jakarta and Singapore are the only two Southeast Asian line-up next year. The world tour is a culmination of the five-time (DJ Mag) world No. 1 DJ’s long-time collaborations with different artists,
embracing various styles and music genres. This is the cinematic presentation of van Buuren’s vast and eclectic body of work, which is the crux of Armin Only Embrace. Fans can expect a rather different journey at these shows this time round. Armin Only Embrace is a musical exploration of a brand new world tour, as van Buuren ignites an electrifying four hour spectacular with a cast of musicians, presenting a myriad of electronic and live sounds, set against the backdrop of a theatrical multi-million dollar production of dazzling lights and pyros that is set to awe fans.