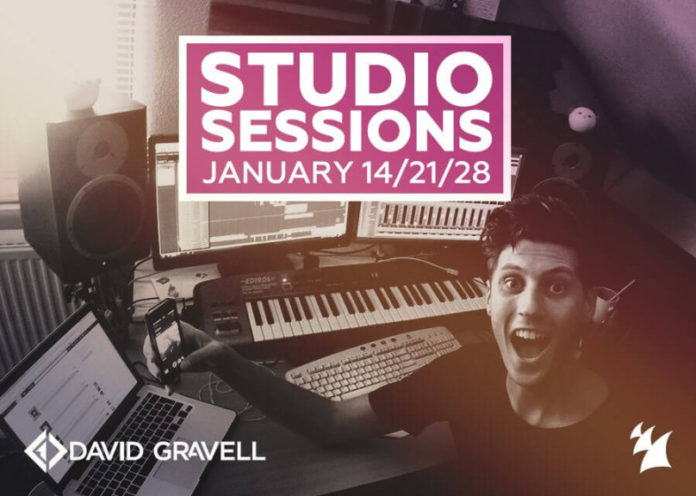 On Thursday January 14th, he will start off with the first part of the series, analyzing and dissecting one third of his forthcoming single live through Facebook Mentions.

The second and third part of the series will be hosted on January 21st and January 28th. Within each of these parts, David Gravell will show and explain how he created his forthcoming single, allowing for fans and aspiring producers to witness the production process spectacle firsthand.

In addition to receiving this behind-the-scenes look into David Gravell’s life as a professional music producer, fans are also given the opportunity to ask questions during the live studio sessions. Next to that, they are invited to express their preference on which part or element of the track they’d wish for David Gravell to discuss.

Make sure not to miss this one and keep an eye out on Facebook, it’s going to be a sweet one!