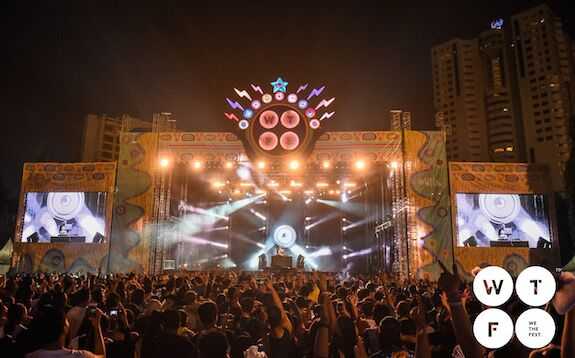 The vibrant capital city of Indonesia, Jakarta will see the descent of the fourth annual edition of We The Fest, Asia’s ultimate music festival.

Set to take place at a new 45,000+ capacity exhibition centre (JIEXPO Kemayoran), the venue will play host to some of the most diverse and varied talent from every part of the music scene, creating an event as eclectic as any.
Names already featuring on the billing include Grammy-award winning synth-pop group Phoenix, indie-electro trio Autograf, People’s Choice winner G-Eazy, and pop sensation Dua Lipa, who will all showcase their electrifying sets to local and international fans. English singer-songwriter Shura, and regional talent Yuna, will also be gracing the event with their signature styles. Phase 2 now brings even more additions to the already stacked line-up, including hip hop royalty and Kanye West protégé Big Sean, UK indie mainstays The Kooks, and Irish rockers, Kodaline. Grammy and Mercury-nominated duo Hot Chip will be taking to the decks to play one of their world famous DJ sets, while, flying the flag for electro-pop, is Charli XCX, whose quick rise to international stardom and multiple top ten singles make her a must-see at this year’s event. Other notable names in the mix include Gryffin, Troyboi, Zhu, Epik High and Lany who will bring a combination of rock, hip-hop, and dance to the JIEXPO Kemayoran centre.

Check out the Phase 2 announcement here:

A long list of new additions, even more activities this year for all ages that are yet to be announced, and a further list of big names to be added to the already-inviting billing, it’s clear that We The Fest is fast becoming a truly immersive and one-of-a-kind-experience, going far beyond what one could usually expect from a generic music festival.

Tickets and travel packages are now on sale online at http://www.wethefest.com