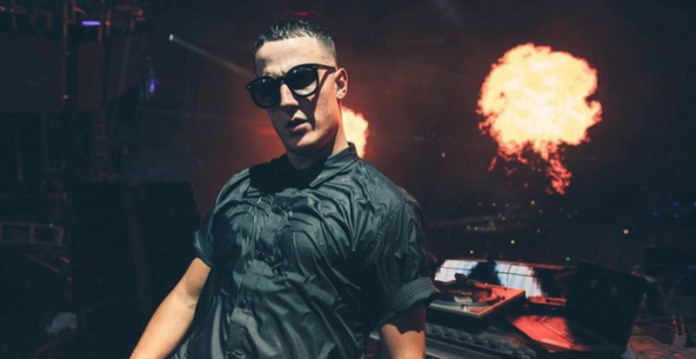 You’ve probably heard his music at a local bar or the pizzeria or even in the Uber on you’re way to work. You’ve definitely sang along to his music at a festival or club or done mindless jigs to his beats. Yes, we’re talking about French hit maker DJ Snake (born William Grigahcine) who’s most recently released a full length LP called Encore, which is already dominating the charts worldwide. He’s worked on a bunch of pop hits including Lady Gaga’s albums and is credited on some of the biggest hits of the decade. He broke through to International acclaim when his record ‘Turn Down For What’ with Lil Jon changed the face of dance music and opened doors to a bunch of sub-genres within the realm of electronic music. His creativity knows no bounds and his music as an ‘Original’ artist further pushed the envelope with dynamic productions like ‘Bird Machine’ and his standout remix for AlunaGeorge’s ‘You Know You Like It’ which reached number 1 on Billboard’s Dance/Mix Show Airplay chart.

Following a massive introduction to the scene, DJ Snake further skyrocketed to super stardom with his collaboration with Dillon Francis ‘Get Low’ which gained airplay in the Fast & Furious Franchise. Just when you thought he couldn’t get any bigger, Lean On with Major Lazer and MO, came by and shattered all records including gaining the tag of ‘Global Song of the Summer’ by Spotify.

Many platinum hits and a Grammy Nomination later, DJ Snake is back, bigger than ever! ENCORE is creative, catchy and consistent. Having a star studded line-up of collaborators, DJ Snake does justice to every record in consistent fashion.

‘Intro (A86)’ is a mellow introduction to the album, playing along with smooth pads and catchy vocal chops, frequently used in the album.

‘Sober’ featuring JRY is one of the catchiest tunes from the album that plays to the listeners groovy sensibilities, and besides pioneering the infamous trap scene, DJ Snake dives deep into his experimental abilities as well!

The rap influence is strong with this album and full marks to DJ Snake for keeping it real with ‘Oh Me Oh My’ with Travis Scott and Migos as well as ‘The Half’ with Jeremih, Young Thug and Swizz Beatz, catering to the fans likes rather than their dislikes.

Next up on the list is the highly anticipated DJ Snake x Skrillex collaboration, aptly titled ‘Sahara’! When you have 2 of the biggest names in the scene on a record, trust them to knock you’re socks off! Kicking in with a smooth yet infectious intro the track breaks out into the hard hitting synths and wobbles we all know best.

Contemporary Moombahton, as we’d like to call it, has definitely taken over and post Lean On, DJ Snake follows up with another mammoth effort with EDM’s new favorite Justin Beiber, called ‘Let Me Love You’. Opening to mixed reviews we definitely dig the sober and groovy vibe that paves the way as a perfect follow up to Lean On and we’re sure fans will be listening to this for months to come!

‘4 Life’ is another gem from the hip hop exploits of DJ Snake. We’re personally rate this right up there with the best of 2016!

His dual collaborations with UK talent Bipolar Sunshine have been making waves even before the album release and while both collaborations are highly diverse, with ‘Middle’ relaying the pop crossover vibe while ‘Future pt.2’ playing to the house music fans liking.

The album has a little something for every dance music listener, and with ‘Here Comes The Night’ featuring Mr. Hudson, DJ Snake goes the future bass route and delivers emphatically! The stretchy synths complement the vocals with ease and pack a punch with the insurmountable energy with this record.

In conclusion, Encore definitely packs a punch with it’s definitive sounds and diverse capabilities and the A-List collaborations add more depth to what could be one of the biggest albums of the year. A culmination of a long period of work DJ Snake impresses with this multi-faceted LP, which definitely ranks him among the top musicians of the world, not afraid to dig deep into his experimental abilities.

Grab it on iTunes or stream it right here: