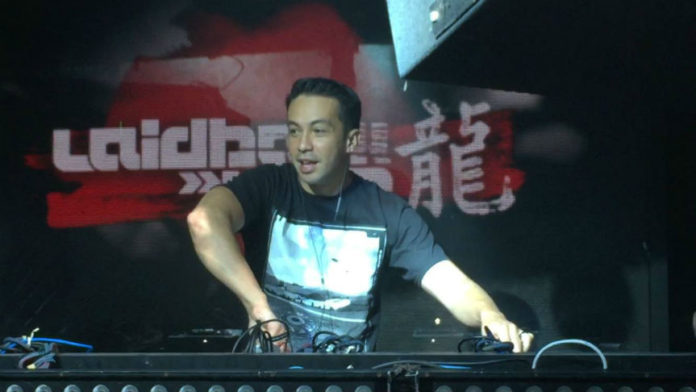 Singapore was all set for the visit of Laidback Luke with ZoukOut set to be the venue. Fresh of his exploits at Zouk, Kuala Lampur, Malaysia, Lucas’ visit to the city of Singapore brought with it a wave of excitement for dance music fans.

Buzzing with the excitement of seeing Laidback Luke for the first time, I walked into the world famous Zouk Singapore in the early hours of the night at around 11:30 pm to check out the opening act and warm up to the scene. Walking in to the sound of mainstream deep house and bass sounds, one could tell the stage was being set for one hell of a night.

Zouk’s very own DJ Lincey was warming the decks with a very identifiable deep house set slowly progressing into electro once the crowd got charged up a bit. It wasn’t before 1 am that Lincey shifted back to house and techno as the headliner of the night made his way into the DJ booth to check out the crowd.

Laidback Luke’s set started close to 1:30 am as he perfectly synced in to Lincey’s set to start with UMEK’s Techno hit, ‘Bring The Lights Down’. No words said and no fancy entrance made, Laidback Luke began what I can only describe as a mixing master class! With his earphones plugged in, Luke was constantly shifting tracks almost every 45 seconds; Luke played a load of tracks from his label Mixmash Records to begin with. A very distinct Tujamo sound could be heard in the first half hour of the set as Luke played Tujamo’s remix of ‘Rocking With The Best’ and ‘Darth Theme’ while the DJs signature dragon art visuals dawned the LED screen behind.

The set slowly progressed into a bunch of mashups with old pop tracks such as Rihanna’s ‘Man Down’ and Calvin Harris’ ‘Bounce’ among others. The energy was pumping as a crowded mosh pit had been created right in the centre of the dance floor. With the DJ dropping massive mainstream hits one after the other, Zouk’s lights, lazers and CO2 did enough to get the crowd all across the club on their feet and pumping their fists up in the air. This, referring to that time of the set where one had no idea how many tracks Lucas had played as he broke across all genres and music labels to drop big room electro releases from Spinnin’ and Revealed Recordings to jungle terror bangers from Barong! He even broke into a 15 minute all hip-hop set that got everyone chilled down and brought out the ‘swagger’ in every attendee.

Moving into the wee hours of 3:30 am, the DJ was 2 hours into his set and still dropping hits such as a progressive remix of Kygo’s ‘Firestone’, Rihanna’s ‘Four Five Seconds’, Bruno Mars’ ‘Uptown Funk’ and of course Valentino Khan’s ‘Deep Down Low’. You could tell that the DJ was actually mixing as he even repeated some tracks a few times such as one of his classics, “Turbulence” and his new upcoming house release ‘Outer Space’ with Shelco Garcia and TeenWolf.

I was actually beginning to wonder how long the 29 year old was gonna go on! And then it happened… out of nowhere, DJ Lincey was back in the DJ booth, perfectly synced in to the track playing and Laidback Luke was out as he waved to the crowd. That was it… not a single word said during the whole set. (No I love you Singapore either).

A 2-and-a-half hour set consisting of easily over 80 tracks that spanned across almost all major genres, Laidback Luke at Zouk Singapore was truly an experience to remember. Superstar Laidback Luke is a true club DJ with the skills to get the crowd on their feet and pumping at any moment! If you wanna see a DJ Mag A-lister and at the same time, listen to a set consisting of live scratching and mixing on the go, Laidback Luke is the ideal DJ you’re looking for. Special thanks go to Zouk for bringing Laidback Luke back to Singapore. Can’t wait to see what they have in store next!

Music Akshay Bhanawat - April 4, 2020
0
Eli & Fur have established themselves as songwriters, producers, vocalists and performers and risen to the forefront of the international house and techno scene....
ABOUT US
What started as an interest, slowly turned into a passion, and before we knew it, we had curated and founded a thriving community of avid electronic dance music lovers.
FOLLOW US
© Copyright 2020 - T.H.E Music Essentials