For Julian Cross, DJing and making music have been a part of life from as far back as he can remember. Initially a form of escapism during his troubled school years, it quickly transformed into so much more.

Having previously released a handful of singles and remixes, chiefly on Belgian imprint AM:PM (Records), 2020 is poised to be the year that Julian leaves his mark on the global dance scene, with debut album Nebula set to drop in December. As the title suggests, the LP is inspired by outer space and science fiction, with Julian summarising the vibe of the album as ‘a little bit spacey and a little bit melodic’. Taking in a number of styles and genres – from house to electro to future bass – across its ten tracks, it’s this melodic nature that strings Nebula together. With Julian citing Grammy-nominated French electronic outfit M83 as a primary influence, it’s fair to say he has crafted a record with serious crossover appeal.

Armed with head-turning DJ and producer talents, backed up by over a decade of experience, and still only in his early-20s, Julian Cross possesses all the necessary attributes for ascending the ranks and becoming a dance music superstar.

To give us a glimpse of his favourite sounds in progressive and techno, Julian takes over this week’s mix! 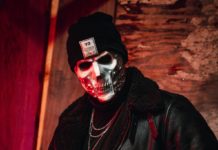 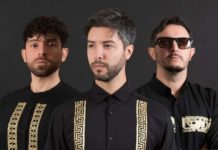