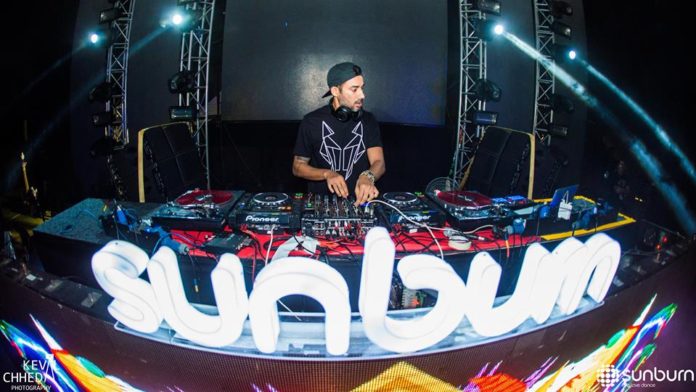 The festival season has officially kicked in! And to take things to the next level, one of the world’s largest and most successful dance music brand Sunburn and India’s acclaimed music producer Nucleya have joined forces to announce a brand new show named – Sub Cinema, being the first Arena show of Sunburn Season 11.

The debut arena showcase will be premiered by Sunburn Arena on 1st October 2017 at Mahalaxmi Racecourse in Mumbai and the Sunburn Weekender Daman scheduled on 14th & 15th October 2017 at The Deltin in Daman. The unique event is set to mark the Indian bass heavyweight’s first show of his 2017 season.

The Mumbai showcase will be supported by the likes of Indian hip-hop act DIVINE, Ritviz, Oceantied and MALFNKTION while the Daman showcase will be a two day extravaganza having the Dj showcase on 14 and Pool Party on 15th Oct featuring experience zones, multi-cuisine food stalls and flea markets.

What promises to be one of the hottest events of 2017, Sub Cinema is also set to boast of a custom built stage and crazy new visuals. Both the events will deliver cutting edge technology, mind-blowing visuals and state of the art production in great synchronization. With tickets for Mumbai currently being sold at INR 500 only, make sure not to miss out on this steal!

Nucleya states, “This event will mark the debut of my brand new audio visual live show. We’ve scoured all the corners of the Internet and have put together a live visual show that I think will be a blast for anyone that’s interest in Indian pop culture. Just like last year’s Bass Yatra Tour, Sub Cinema will feature a stage that is custom built and designed to our specifications for the show. Given my deep connection to Bombay and how the city has supported me over the years, we had to come back here to kick the season off. So excited to see you all there!”