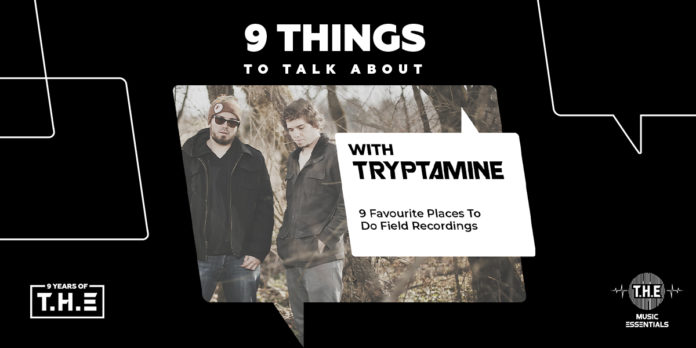 As part of our 9th anniversary celebrations, Tryptamine share their 9 favourite locations to do field recordings.

When it comes to the world of soundscapes, the duo say,

“Soundscapes often subconsciously trigger archetypal memories for locations unseen but felt. For over a decade, utilizing field recordings of obscure environments and resampling unique live instruments has been foundational to how we create music in Tryptamine. If you can record a few dragon flies buzzing around and use a sampler to stretch the audio into a high hat sound, then your drum machine can take a break. In turn, what is a more efficient way to transport the listener to a higher plane of mindfulness than ancient shamanic proceedings. Tryptamine, as well as our solo endeavors as Charles F. Moreland III and Tristin Morin (aka Futurebum/Ovipositor Tapes) rely on the esoteric vibes of found and collected sound to push our sonic agendas of music.” 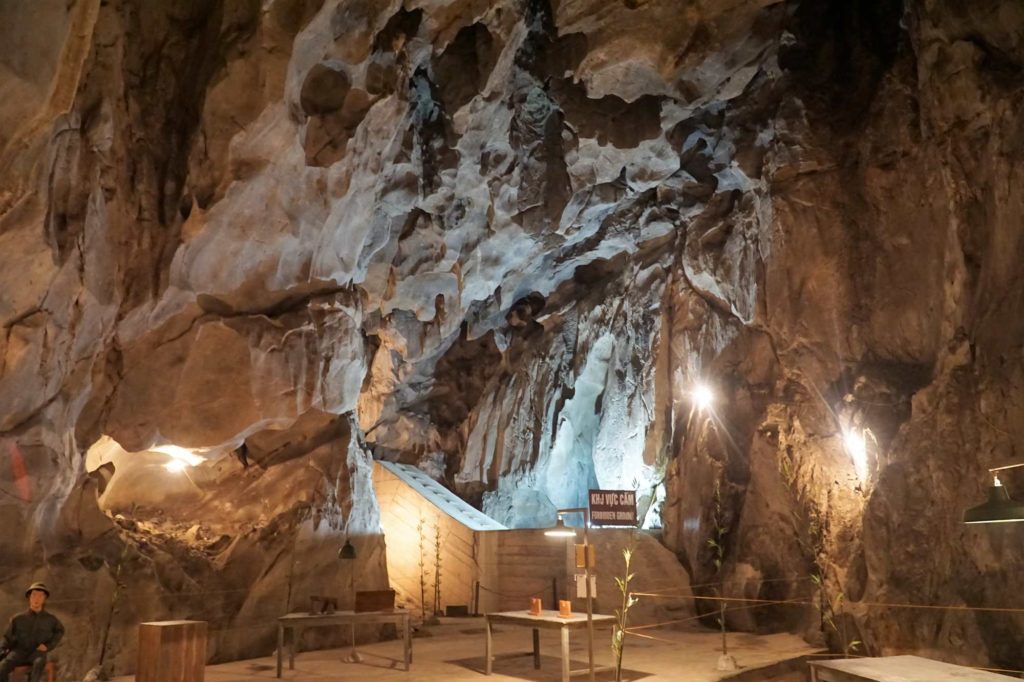 The ambient track, Fortuner, from Tryptamine’s newest release, Jaguar Priest, was partially recorded from within the Hospital Cave. While boasting a lofty ambient facade, Fortuner contains the trappings of countless spectres from a dark moment in our history.

Between the 1960’s and 1980’s, Enver Hoxha was quite paranoid of a Cold War invasion. He led Albanians to build over 170,000 underground bunkers within that twenty year span. To this day, no matter where you are in Albania, you can find these incredible bunkers hiding just about everywhere in plain sight.

On the coast of the Adriatic Sea, in the city of Vlorë, you can explore some of these bunker systems that etch in and around a small mountainous region over the shoreline. Quickly, you might find yourself caught in between the raging water system below and the deeply woven tunnel system at your back. This rare scenario creates a cacophonous wall of sound, playing off of the acoustics within the bunker walls. Added bonus; if you forget to bring a wind muff, it’s not a problem. 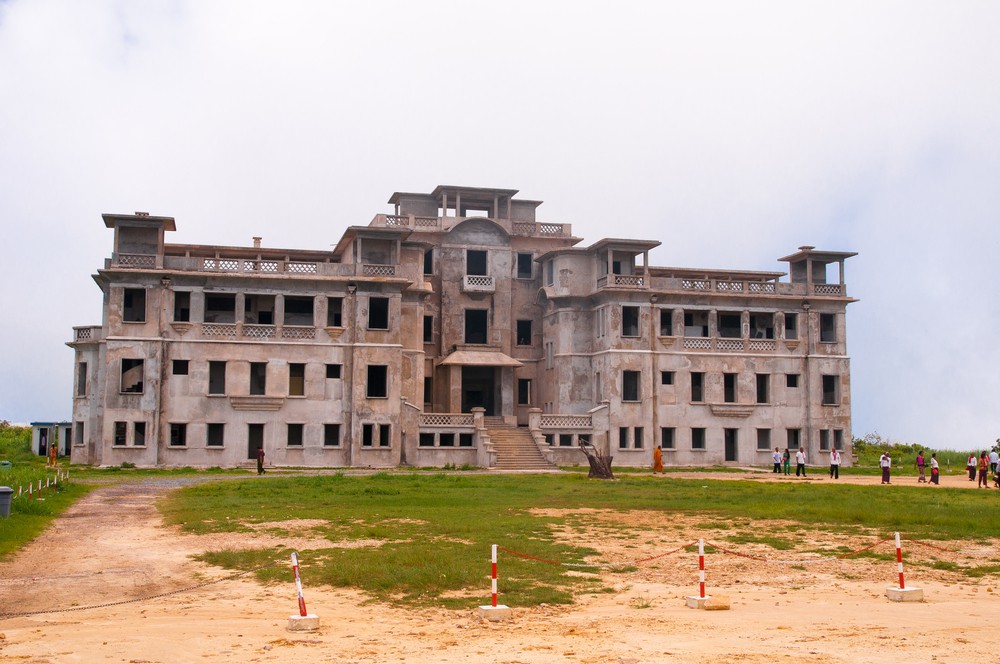 Getting its start in the 1920’s as a Colonial French Casino, this structure has held plenty of strange energy and changed faces many times. During the brutal reign of the Khmer Rouge, it was used as the last refuge for the Khmer army in a final stand off against the Vietnamese. Now abandoned, you can climb through its entrails in all its battered glory. Capturing the granular ramblings of history and the clicks of the unknown that seem to be very much alive in this forgotten structure. 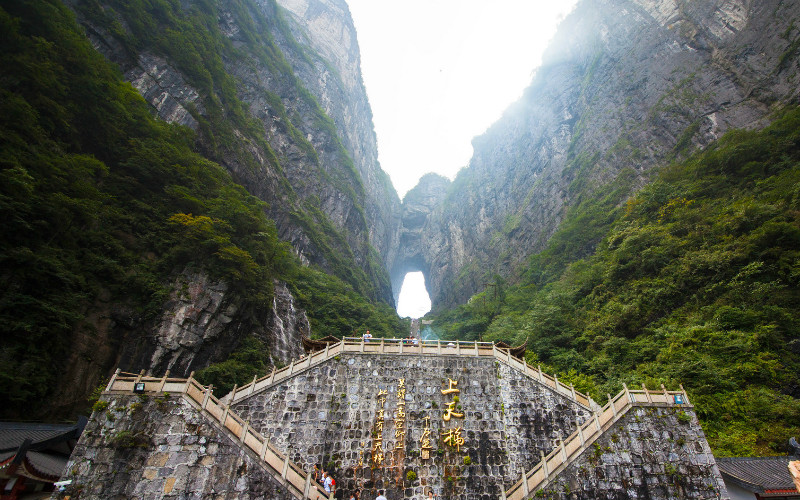 Perched up top Tianmen Mountain, you can watch as busses sprint at breakneck speeds along these surreal roads, splayed out among the mountainous region. The sounds from the engines whirring and whipping from peak to peak, like some busted echolocation. Also nearby, an exodus of fragmented chants coming from the Buddhist Temple, built during the Tang Dynasty. I shouldn’t fail to mention the glass bridge (at 4,600 ft). Traversing the bridge, you must adorn fabric booties to stretch over your shoes. Crowds of visitors sound like a soft weather pattern over top the thick glass surface in the clouds as they snap selfies.

Thick, timeworn air dating back to the 13th Century lies dormant within the confines of these abandoned archaic churches. Byzantine Monks carved out the interior of the soft rock formations that are now inhabited mostly by geese, spanning a full sixteen mile stretch of land. 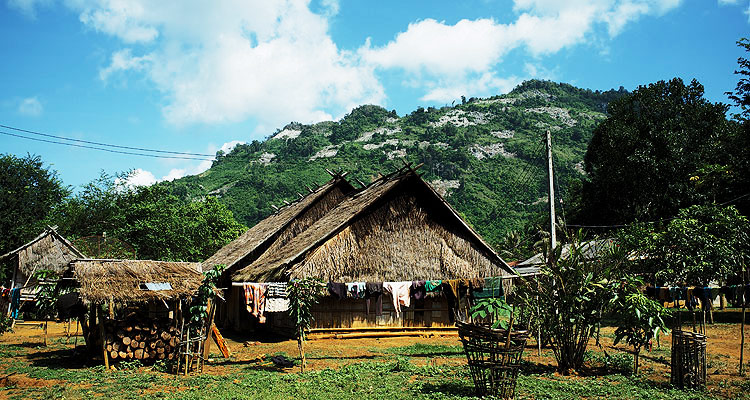 Hypnotic ceremonies via the head Shaman of the Hmong people in the Long Lao Mai Village. Su Kwan is just one of the many ceremonies enacted in this sacred space. While consisting mainly of tying sixteen white cotton strings to each wrist of the participant, the other animist practitioners in the room perform downtempo syncopations that build rhythmically as the main Shaman carefully chants over top, slowly reclaiming all of your thirty-two spirits back into your body. 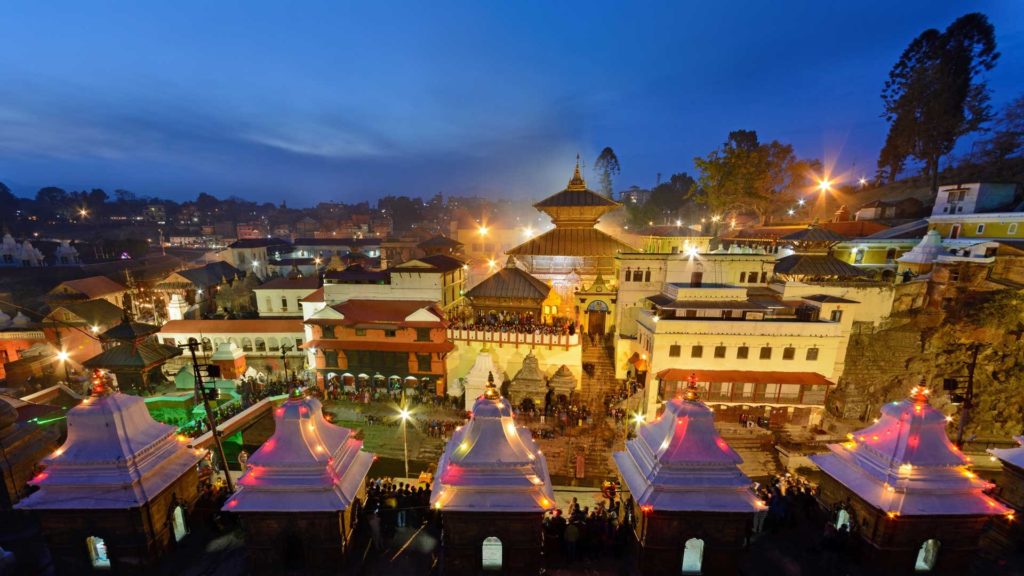 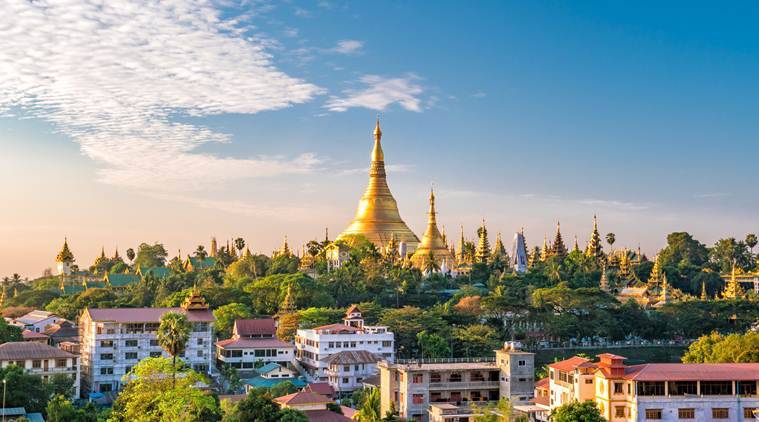 A truly voltaic city, with stately golden Pagodas strewn about its many alleyways and streets. During the daytime, the sun drenched streets begin to elicit a strong scent of betel nut into the already thick air. Head to Botataung Pagoda for some much needed shade and take in the celestial chanting from the Burmese Monks, more than likely of the Pali canon.

In the Chinatown district, you can find street musicians pounding the asphalt with bamboo stalks to create break beats. A few blocks south towards Sule Pagoda, you can hear the pulsing from a lottery ticket salesman, blasting heavy local tunes out of a P.A. as he pulls his cart (lined with fluorescent bulbs) along the road.

After spending most of 2020 in Myanmar, not only did I fall in love with the heart of the Burmese people, I also found it to be one of the most inspiring areas, especially if you’re into making field recordings.

You may already be aware that the Burmese people are currently going through a serious conflict, due to a violent military coup that took place less than a month ago in their country. Soldiers are gunning down protesters in the streets and the military is doing its best to pull off a full internet black-out. If you’re able to contribute in any way, I would urge you to consider helping the CDM (Civil Disobedience Movement). 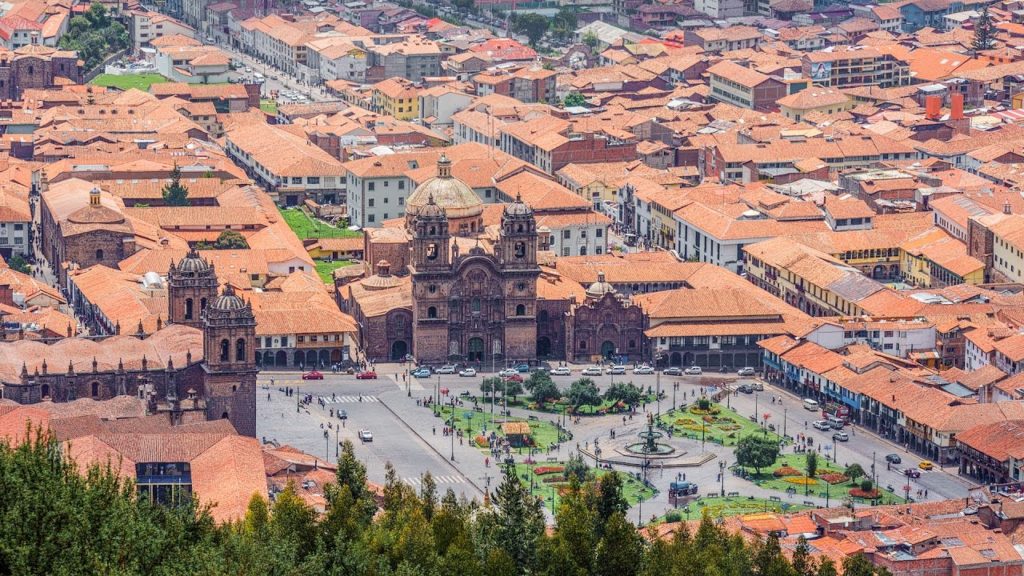 High up in the Peruvian Andes, above the capital city of Lima, is Cusco. There, you can experience San Pedro ceremonies overseen by heavily stoic Pacos (Shamans). Whipping a giant condor feather through the air to clear away the weight of negative energy and singing sacred Icaros songs that make every hair on your neck stand at attention.

In the center of the town you can hear many of the unique local instruments, like the Quijada de Burro (Donkey jaw bone). Similar to that of a Güiro, except it has the additional function of slapping the side of the jaw bone to rattle the teeth that are still attached. Alpacas and Llamas are constantly being trafficked in and out of the town, creating a natural percussion in and of itself.

Tryptamine’s latest EP “Jaguar Priest” is out now. Stream it below!