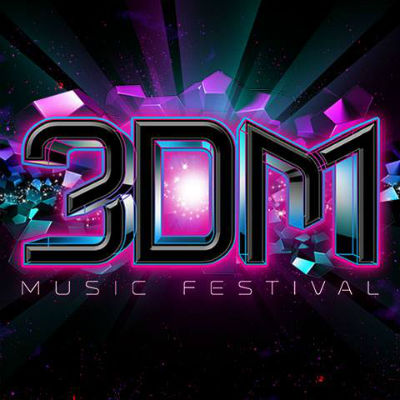 In yet another example of the rapidly growing popularity of music festivals, 3DM was announced yesterday. It is touted as the world’s first ever 3D dance music festival. 3DM will take place at the Dunkin’ Donuts Center in Providence, Rhode Island on November 1st.

By using the latest technological advances in 3D LED panels, 3DM creates an immersive concert experience by taking the visual video elements and expanding those into the audience.

Co-founder Patrick Sechrist says, “The concept of 3DM developed organically through numerous conversations. As we brainstormed about staging independent dance concerts on the East Coast, the spark of why 3D hadn’t played a role in the scene began to surface. We began to align the venue and artists, while I was ready to employ a mass of LED panels to achieve the 3D environment. Once the two pieces aligned, 3DM took flight.”

Simon Dursunian, the other co-founder of 3DM, added, “Dance music is unity; everybody is experiencing the lights and the sounds in a connected vibe. The audience becomes one. Meshing the music, the dancing, the crowd and the visuals is going to be a mind-bending journey. This is the next big thing for the community.”