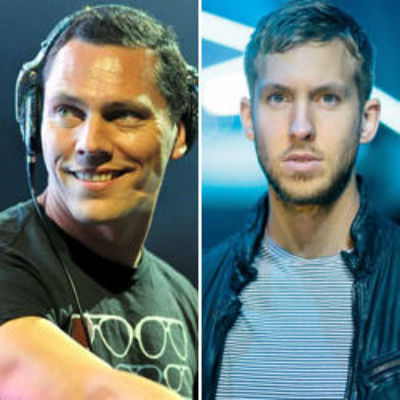 Step aside, Tiësto. Calvin Harris tops this year’s Forbes list of highest paid DJs, raking in $46 million over the last 12 months, according to the magazine’s calculations (which take into account merch, live shows, endorsements, record sales and outside business ventures). The Scottish DJ-producer pulled down more than even Jay Z and Katy Perry, and did enough to dethrone Tiësto – who pulled in $22 million per Forbes’ 2012 list – from the top spot.

Forbes said that Calvin Harris was discovered on Myspace eight years ago as a singer-songwriter and is now the world’s highest-paid DJ. In February, he signed on to play more than 70 shows over a two-year period in Las Vegas. While the majority of his money comes from performing, he also earns from writing and producing songs like “We Found Love” for Rihanna.”

Tiesto also entered into the top 25 list by tying for the #25 spot with a reported $32 million dollars. Tiesto played over 140 shows last year and landed a lucrative residency at Las Vegas superclub Hakkasan this summer, ditching his usual digs in Ibiza.