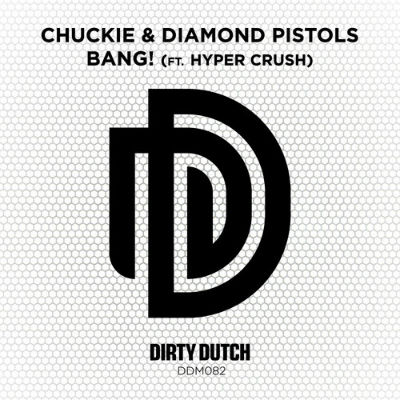 “Vamonos” helped relaunch Dirty Dutch Music with an absolute bang, teasing the dance music collective of what’s to come. A wholly suitable follow up, “Bang” takes Melbourne Bounce to a level only Chuckie could reach. The build up is a frantic progression laced with sultry vocals that leaves the listener gasping for air. Once the drop finally hits, the reward is a manic, looped synthline that promises to have any dance floor touching the ceiling by the time it’s over.

The highlight of “Bang!” is in its second drop, which finds Chuckie, Diamond Pistols and Hyper Crush creating something completely new within the “standard” Melbourne Bounce formula. Seemingly out of nowhere comes a downtempo, slowed down, reversed arpeggio that channels elements typically found in trap and hip-hop. This genre blending track is an example of the forward steps Chuckie is taking with his label. The master of Dirty Dutch has the golden touch and intends to sprinkle his classic sound across the entire spectrum of dance music once again.