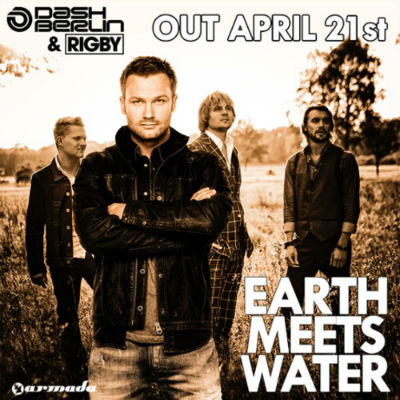 After announcing his new album (to be released this summer), Dash Berlin reveals the first gem from it – ‘Earth Meets Water’. It’s no wonder that this song absolutely destroyed A State of Trance in Utrecht this year (and elsewhere).

Dash Berlin’s uncompromising commitment to epic vocals and driving beats has kept him afloat as one of the world’s highly regarded artists, with a very recognizable and captivating sound.

The sound of Dutch band Rigby could be described as sweet, pure, and full of bittersweet emotion.

There are enough musical areas where these two artists overlap to make for an outstanding collaboration, and it’s precisely the subtle differences in their respective sounds that make ‘Earth Meets Water’ so special. The essence of both contributors is equally felt, and the pairing is nothing sho rt of awe-inspiring. Check it out below and grab it on Beatport!