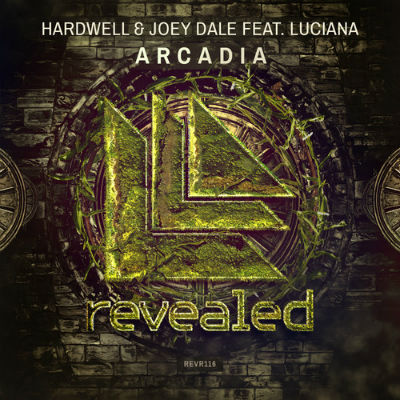 World No.1 DJ, Hardwell, hot off his epic B2B set with Tiësto closing the main stage on the Saturday of Tomorrowland festival, returns to release a music video for his latest smash single ‘Arcadia.’ Already half-way through a packed summer which has seen him tear up festivals across Europe and the US, kick off his debut Ibiza residency at Ushuaïa and now looking ahead to headlining the Revealed Recordings arena at Creamfields this month, Hardwell has been able to create a music video that visually captures the imagination and mysticism of the original track.

Exploring a fantasy theme and drawing inspiration from the famed Mad Hatters Tea Party scene in C.S Lewis classic novel ‘Alice In Wonderland.” The lead character is drawn into a fantasy world, landing at a tea party with a host of colourful characters, intoxicating her senses and bringing to the fore her alter ego who enchants the audience and draws them to ‘Arcadia.’

Laced with Hardwell’s signature sound, ‘Arcadia’ combines all his big room, dance floor sensibilities with infections vocals from in demand singer Luciana. Young talent Joey Dale adds his own distinctive elements bringing together a track, which looks set to head to the very top of the charts. As ever with a Revealed Recordings release the scenes leading DJs has seen this hammered out at clubs and festivals across the world and is now rapidly receiving heavy radio airplay. Sit back, enjoy and let Hardwell take you to Arcadia.