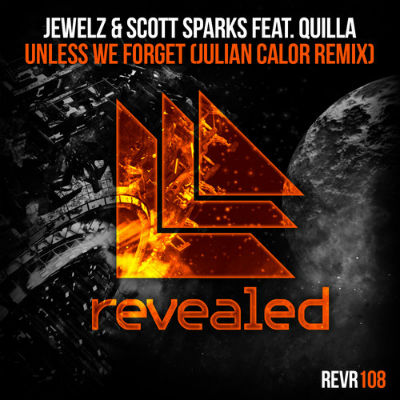 After making an impressive mark on 2013 with his initiation to Revealed Recordings, Dutch producer Julian Calor returns with an explosive remix of German duo Jewelz & Scott Sparks’s ‘Unless We Forget’, ready for the summer of 2014.

Receiving heavy support across both Hardwell’s ‘On Air’ and Pete Tong’s legendary Radio 1 shows, the trio of Revealed alumni congregate together to bring this concentrated, vocal heavy release, to the centre stage.

Having enlisted Quilla, no stranger to the scene, to add her delicate vocal styling’s to the track, taking it to peak levels of euphoria and with past remixes from Julian Calor having blasted into the Beatport top ten, history is set to repeat itself with his alternative take of ‘Unless We Forget.’ The young upstart, still only in his early 20s, leaves his exceptional audio stamp of quality on the release.