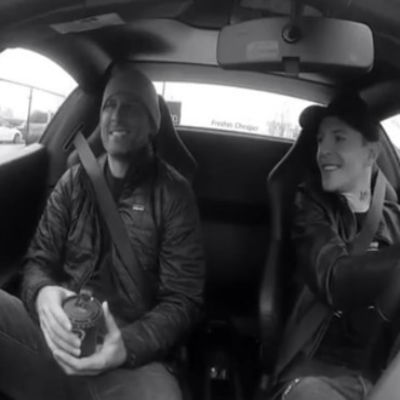 After his series of Miami Coffee Runs with friends like Laidback Luke and Eric Prydz, Joel Zimmerman – aka Deadmau5 – is back again with a superstar passenger. Hosted over at the Deadmau5 Live site, the latest ‘episode’ features none other than West Coast house hero Ryan Raddon, known to dance floors as Kaskade.

Shot in ‘ye olde’ black and white, this Coffee Run featuring the “I Remember” collaborators happened when Raddon hit Toronto on his Redux tour, which is continuing on this month to San Francisco, Denver, Detroit and more.

On their 32-minute adventure, the guys discuss mistaken identity, re-defining ‘EDM’ (Zimmerman’s found a better description than his own ‘Event Driven Marketing’), Kaskade’s Redux shows, sound systems and much more. Talk also turns to Raddon’s encounter with a scalper in Boston. “I wanted to meet the person who’s being the dick,” he explains.

Coffee secured, the guys also discuss the media controversies that surround electronic music. “People like to talk to me about the bigger conversation that surrounds the deaths [at dance events],” Raddon says. “It’s an interesting conversation. Maybe it should be had out in the open.”

“Let’s go work on a collab,” Zimmerman quips right at the end. “Internet explodes,” his passenger adds. According to Twitter, after the drive “things got really interesting.” (And Raddon got to meet the famous Meowingtons.) This ‘Coffee Run’ is worth signing up to Deadmau5 Live for.