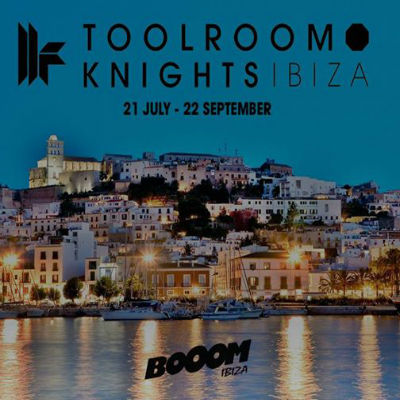 Toolroom Knights is proud to announce a brand new summer residency at BOOOM Ibiza for the 2014 season. Running every Monday from July 21 until September 22, the season will see one of the globe’s most sought after clubbing brands descend on the popular Ibiza nightspot with unprecedented force. Led by Grammy-nominated heavyweight and label leader Mark Knight, BOOOM will be treated to a series of diverse and credible line-ups representing the musical range Toolroom is renowned for.

With five successful years on the island already to their name at Space Ibiza, 2014 marks the return to the familiar surroundings of Ibiza Town and Playa den Bossa. The buzz now surrounding BOOOM as a venue, complementing Toolroom’s proven ability to connect with club goers across the world, makes for a dynamite new partnership in Ibiza.

The announcement caps an exciting first half of the year for Mark Knight, which has seen the British heavyweight continue to scale the global club circuit. With the next instalment of Mark Knight’s Bullets EP series released, a brand new concept from Toolroom Records set to drop in quarter four and exciting global movements on the horizon ahead, the addition of a residency for BOOOM Ibiza adds to an already accomplished year for Knight and his powerhouse imprint.