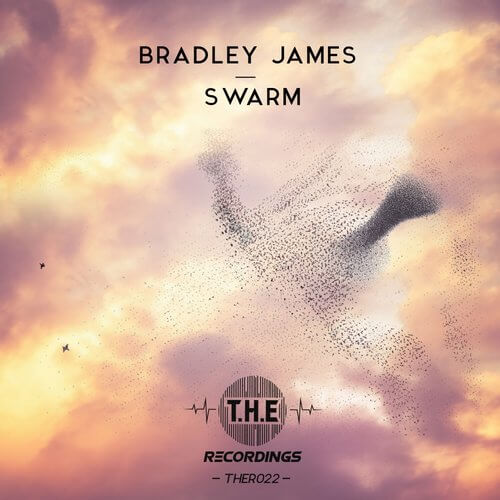 Released on the 25th of January, 2016 Swarm is Bradley James return on T.H.E  Recordings, following his successful project Akula.

The Staffordshire based talent has had an extraordinary 2015, putting himself on the map as an artist to watch out for in 2016 and hes certainly living up to the expectations.

Following his debut single Charger, released by Matchbox Recordings, Bradley James has managed to get on the radar of BBC Introducing, whilst hes put his signature on top-notch material such as: Visionary EP, Groseille Remix, Caiman, Amnesia / Taipan, Lynch, Infinity, Breakthrough, Fire, Akula and his latest banger Tommy Gun. Building upon a successful 2015, Bradley James is now starting 2016 with a bang, offering his new Electro House wonder Swarm.

Staring off with a solid four-on-the-floor kick pattern, Swarm quickly introduces its deep vibes. An infectious melody takes over, whilst an array of effects head into a massive Electro style drop. Heavy grooves, subby elements and a memorable melody characterise the chorus, whilst the track transcends into a darker breakdown. Bradley James builds up the single once more, offering variations on the main theme, whilst devising another much awaited drop, before closing off with a punchy kick-led ending.

Bradley James Swarm is his second release on India based imprint T.H.E – Recordings. Founded in 2015, T.H.E  Recordings has established itself as a launching pad for some of the finest up-and-coming talent around, seeking the best from the best. Bradley James is certainly fitting within this ethos and has once again joined the T.H.E  Recordings family, blessing their roster amongst stellar names like: Bass Clingers, Blame Adam, Dubtronic, Aj Sam, Varun Marwah, Onomatopoeia, Dot & Dash, Impera and Auxport. Whilst you can now enjoy Swarm, keep an eye out for many more quality releases from Bradley James, to be announced later this year.

You can listen to and purchase Bradley James – Swarm (Original Mix) below.