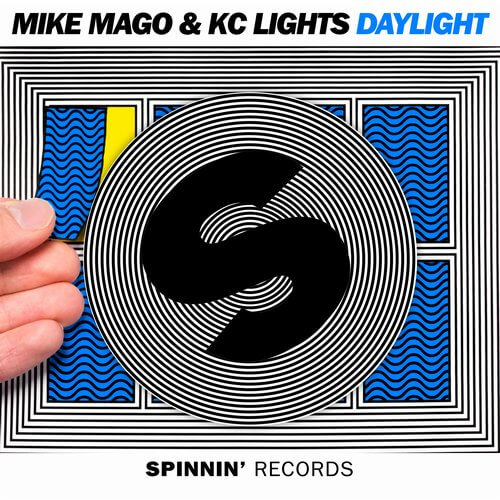 And it’s turning out another major club hit for both artists. As his 2014 breakthrough hit single ‘Outlines’ took him to the stars, Mike Mago continued to stay on top of his game last year, blasting out two major tracks on his home imprint BMKLTSCH (early 2015’s ‘What A Love’ and the following Rogerseventytwo collab ‘Meant To Be’).

Following this, mister Mago was invited for some high profile remixes, working his magic on three UK Top 5 singles, Avicii’s ‘The Night’, Clean Bandit’s ‘Stronger’, David Zowie’s ‘House Every Weekend’ and an overwhelming house tune in the shape of his 2015 summer gem ‘Deeper Love’, returning to Spinnin’ Records, delivering a worthy follow-up to ‘Outlines’.

KC Lights on his turn is making waves just as impressively. This up-and-coming Scottish DJ/producer already saw his work get support from a wide range of DJs, including Michael Calfan, MK, EDX and The Magician. Last year, his track ‘No No No’ received support from BBC Radio 1’s Annie Mac, Pete Tong and Danny Howard, loads of other artists, and was featured on several radio shows and compilation albums, just as his single ‘Lose It All’ received much acclaim upon release.

Now he makes his debut on world renowned label Spinnin’ Records, alongside Mike Mago for their collab tune ‘Daylight’. Already described as ultimate feelgood dance music, bringing catchy chords and exciting vocals – both KC Lights and Mike Mago are taking their trademark sound to new heights for sure.