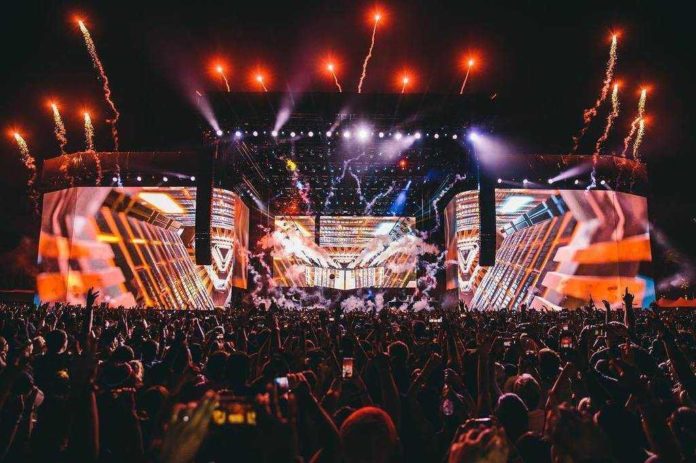 Drum & Bass in totality has never fallen short of quality music. It may not be the most popular kid on the dance music block but it remains the most technical and daring genres in the industry. It can be ferocious and hard when you want to rage; at the same time, liquid drum & bass can give the depth and calmness you might look for when you’re looking for inspiration and to quote the drum & bass legend, dbridge “d&b is in its third decade, it’s not going anywhere”.

India’s has its own tangibly invisible history when it comes to drum & bass. The work done by promoters generally goes unnoticed because of House and Techno capturing massive limelight. India has already seen the likes of Exit Records boss dbridge, Dj Marky, Ant TC1, London Elektricity, Alix Perez and many more dish out their music in the country.

India is all set to witness another fine drum & bass act for the upcoming Holi weekend. It’s not their first time in India but the scale of the act is surely a massive one. British Drum & Bass duo, Delta Heavy are doing a 4 city India tour we are mad excited!! After bursting on to the scene, Delta Heavy have delivered some absolutely mental music over the years. They have constructed their own brand of drum & bass ranging from brain shattering basslines to deep and melody infused Liquid tunes. We take a look at some of the biggest Delta Heavy tunes to gear you up for their much anticipated India tour.

Some old-school Nero feels there. Delta Heavy’s music has seen massive Nero reminiscence and this tune explains why. You get the apocalyptic synths and rhythm that are so refreshingly familiar to the Nero sound we have heard over the years. Slowly building vocals relay against a colossal break, which cascades into peddled drum beats and elevating synth patterns. It’s impossible not to see this record exploding the stage at any festival across the globe.

There’s been plenty of remixes of ‘ Faded ‘ by ZHU kicking around but, if you can find one larger and more fierce than this remix I will simply say “good day” and wander off into the distance. Delta Heavy took the bull by the horns here with their Drum n Bass take on the original and the bass on this is enough to make you go cross-eyed! Pure Drum & Bass fiyaaaaahh!

Proper dancefloor murker. The track begins with a classic Delta Heavy introduction. The track builds into a bass-filled abyss with an enthralling bass breakdown. The drop? We would rather not explain. Absolute murder.

Oscillator is a GOD DAMN banger. It sees Delta Heavy putting their own gritty spin on the new style of jump up that a lot of producers have been tackling lately. It’s a straight up dancefloor destroyer. Be warned. Track is nuts.

Now that we have given you all the good reasons, book your tickets and gear yourself for a heavy and murky Holi ;)