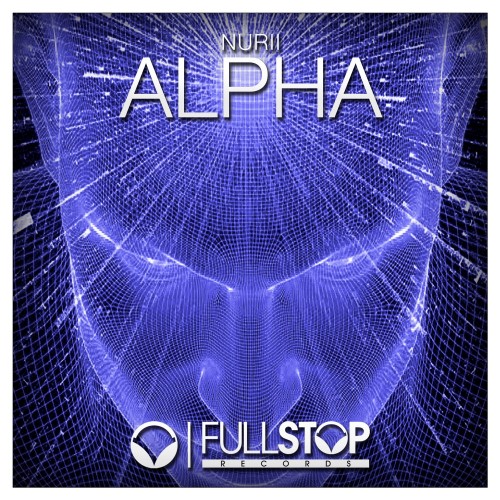 Kenya based DJ and producer Nurii has established himself as one of the country’s leading artists, thanks to his arsenal of stand out productions. Since exploding onto the scene, Nurii has had the pleasure of working with labels such as Juicy Music and artists like House legend Robbie Rivera; something many can only dream of.

The studio wizard, who has been behind huge hits such as: ‘Big Bounce EP’, ‘Simba’, ‘You & I’ and ‘Echo’, is back with his latest offering ‘Alpha’, a peak hour Bass House bomb that has been released on Dario Synth’s Full Stop Records. We had the pleasure of chatting to Nurii about all things Alpha.

T.H.E – Hi Nurii, thanks for taking time to answer these few questions. For those who aren’t familiar with you, can you describe a typical Nurii track using only five words?

T.H.E – You have recently just released your newest single ‘Alpha’. How did the track come about?

Nurii – I like to experiment with different EDM genres. My first Bass House track was ‘Don’t Talk About Me’, which gained a lot of support, so I decided to produce more tracks of the same style. ‘Simba’ was the next Bass House track, which was then followed by ‘Alpha’. The idea for ‘Alpha’ came about after I heard Tiesto and Tony Junior’s track ‘Get Down’; it gave me the inspiration I needed.

T.H.E – ‘Alpha’ was released on Dario Synth’s Full Stop Records, Can you tell us a bit about the story behind signing the track to the label and why did you decide to sign it to them?

Nurii – I sent a demo through their website and their response was brilliant, so I decided to sign it with them.

T.H.E – The track has already gained a lot of widespread press support. How does it make you feel when the press fully support your record?

Nurii – It feels really good when I get support from everyone; especially the press, really encourage me to continue producing great tracks!

T.H.E – Can you tell us a bit about your workflow when producing Alpha? How did you start the production?

Nurii – As I mentioned earlier, I was inspired by ‘Get Down’, Tiesto and Tony Junior’s collaboration. I heard it a couple of times, and started to get a rough idea of what I want my track to sound like.

T.H.E – What equipment did you use to produce the record?

T.H.E – What do you enjoy the most about producing? Programming drums, writing melodies?

Nurii – Writing melodies for sure!

T.H.E – Do you mix and master your own productions or do you get help from an engineer?

Nurii – I do the mixing and mastering myself on majority of my tracks. However some record labels prefer if it’s done their way, so record label releases are usually mastered by an engineer.

T.H.E – How long did it take to produce the record?

Nurii – Everyone asks me this question a lot of Facebook or Soundcloud. I always say there’s no exact time. Generally it can sometimes take 3 days and sometimes 2 weeks. It all comes down to how much time I put in, and most importantly if I am really feeling what I am producing and I have the right inspiration.

T.H.E – Will you be doing a production walkthrough of the track on your in-demand production blog?

Nurii – Currently there no plans for that, however I would like to do that in the near future.

T.H.E – Where did you get your inspiration from when producing the track?

Nurii – ‘Get Down’ by Tiesto and Tony Junior.

T.H.E – Can we expect a follow up to Alpha in a similar style?

T.H.E – What can we expect in terms of future releases and plans from Nurii?

Nurii – I have two big releases coming out on Ensis Records, and one already has a preview online. It’s called ‘Devotion’ and is out on April 11th, featuring Marcello, so that’s something I’m really looking forward to. I’m also hoping to start touring more this year and put more focus into DJing.

Check out ‘Alpha’ on Soundcloud