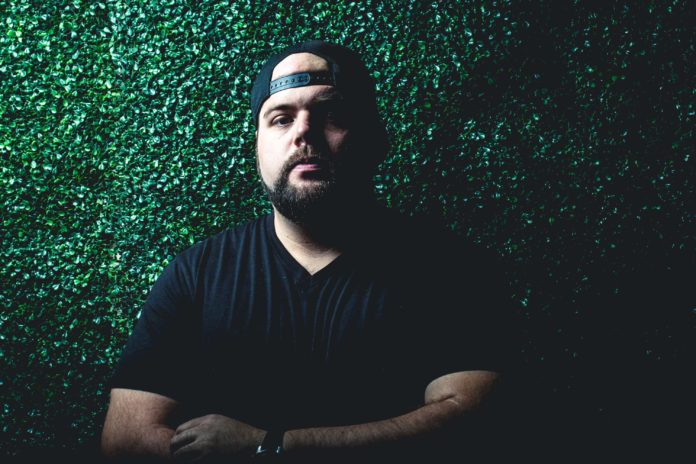 2016 has been an explosive year for Chris Schambacher with the release of his track “Endeavor” which received support from Above & Beyond on their Group Therapy Radio Show.

Endeavor also spent 20 days on the Beatports Top 100 Trance Releases chart where it peaked at the number 11 position. Chris’s follow up release “Waveless” also received worldwide support from major artists such as Cosmic Gate, Ferry Corsten and Myon & Shane 54. Chris is currently touring over 35 Cities worldwide as part of the #NightNation Tour along with a handful of other Festival appearances.

With even more original music and shows forthcoming, Chris is ready to continue his rise in the electronic music scene and share his passion of music and melodic style with audiences around the world.

T.H.E – Welcome. It’s a pleasure to have you here.

Chris Schambacher – Thank you so much for having me. I’m excited to be here!

T.H.E – You have been touring with the NightNation across North America – how has it been for you?

Chris Schambacher – The Night Nation Tour this year has been amazing! We’ve toured about 27 cities out of the 30 on our schedule this year across the U.S. and Canada. It’s such a unique event as the world’s first running music festival which combines a 5K run with a music festival. Most of our crowds average between 10,000 to 20,000 people so the crowds are full of energy and ready to party. The tour also benefits our official charity sponsor “Stand Up 2 Cancer” which is a charity organization making huge strides in the fight against cancer, so our crowds are literally dancing to fight cancer.

T.H.E – Do you prefer festival / outdoor arena’s or the intimacy of a club environment?

Chris Schambacher – It seems like this year I’ve been playing more festivals and outdoor arenas than club shows but to be honest I think it’s all about the vibe of the crowd. Festivals are awesome because the crowd size is large and they’re usually ready to rage the entire time! The intimacy of club shows I enjoy too because it allows me to have a little more personal interaction and really take the crowd on more of journey with my set as club shows are usually a little longer set times than festivals.

T.H.E – What do you think about the state of dance music culture in North America right now?

Chris Schambacher – To be honest I think the current state of dance music culture is at a very exciting time right now in North America and really across the world. I love seeing artists and duo’s such as The Chainsmokers, Major Lazer and DJ Snake dominating the charts and receiving major radio support. Some of Pop Music’s biggest artists are now collaborating with Dance Music artists and this makes the push for Dance Music culture to be more openly supported by people who may not have really discovered it on their own. It’s an exciting time to see the dance music culture being supported by the masses for both the artists and the fans and I think things are headed in a great direction.

Chris Schambacher – I love comedies, action and documentaries. My Top 3 movies would have to include “Bad Boys 2” which I’m excited to hear their will be a third movie coming soon since Will Smith and Martin Lawrence are hilarious together. Hockey has been another major part of my life so I would have to say “The Mighty Ducks”. I also really enjoyed Steve Aoki’s new documentary “I’ll Sleep When I’m Dead”. I think it was great documentary about Steve and his rise in Dance Music and also a great insight into the life of a touring DJ.

T.H.E – Your top 3 locations across the globe in terms of dance music culture?

Chris Schambacher – I think without a doubt the United States has a strong dance music culture especially in cities such as LA, New York City, Chicago and even my hometown of Dallas, TX. The dance culture in London is great as well I hear. I’ve made quite a few friends there and have heard nothing but good things and about the strong support of artists there. The Netherlands is definitely on the list as well, especially with the growth of ADE and the amount of labels and artists from there.

Chris Schambacher – That’s a tough one because I love so much music right now. I would have to say right now I’m really digging Dom Dolla’s “Define”

Chris Schambacher – There have been so many highlights for me in 2016. Having the support from artists playing out my tracks this year such as Above & Beyond, Ferry Corsten, Myon & Shane 54, Fatum and Cosmic Gate has mean’t so much to me. Touring with the Night Nation has been an absolute blast with over 30 shows across The United States & Canada with sold out crowds of 20,000 plus people. Playing Something Wonderful Music Festival in my hometown and playing such legendary clubs as Soundbar in Chicago and Stereo Live in Dallas. The year still isn’t over and I still have quite a few tour dates left including playing Something Wicked Music Festival this weekend which I’m really looking forward to.

Chris Schambacher – I can’t wait to share with everyone all that’s ahead for 2017 which will include another major tour of over 40 cities across the globe, lot’s of new music, some major festival appearances and some other exciting things I have planned! I’m really looking forward to next year!

T.H.E – Do you enjoy taking time out to interact with your ever-growing fan base?

Chris Schambacher – My fans are everything and I can’t thank them enough for all of their support. I love interacting with them at shows, on social media or even offering advice to aspiring artists. I also love giving back to them as well by hooking them up with tickets to some of my shows and product from some of my amazing sponsors such as JLab Audio. Be sure to connect with me on social media or come say hi at shows!

T.H.E – What is your dream musical collaboration?

Chris Schambacher – There are so many amazing artists I would love to collaborate with one day such as Daft Punk, Zedd, Kaskade, Above & Beyond, MK, Ellie Goulding and Pharrell.

T.H.E – What have you been up to outside of the studio and away from music?

Chris Schambacher – I’ve spent so much time on the road this year touring, that I haven’t really had much time away from music and usually take every advantage of studio time when I can no matter where I am. When I’m home I love catching up with friends, hanging out with my family and trying to become somewhat of a decent golfer haha.

Special thanks to T.H.E – Music Essentials team for having me today!