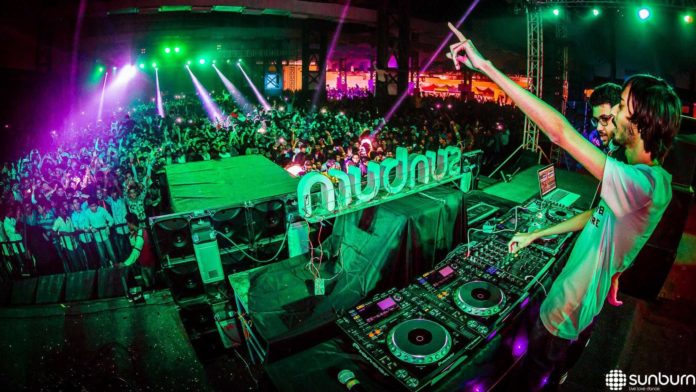 Sahil Joshi & Urvil Shah, together known as the The Dirty Code are Electronic Dance Music Producer turned DJs from Mumbai who specialize in house music!

2016 has been superb for the duo after receiving support from the some of the biggest names in dance music such as Hardwell, Dimitri Vegas & Like Mike and plenty more. We caught up with them and spoke about how it feels to see everything falling into place, some of the biggest challenges that they faced, plans for 2017 and finally, some Indian artists that they feel are destined to have a smashing 2017! Have a read.

Akshay – Hey guys! How’s it going? What you been upto?

The Dirty Code – Hey ! Going good :) Busy with a lot of new tracks, just wrapped up an official remix for a popular singer !

Akshay – 2016 seems to finally be the year when The Dirty Code has managed to create an impact on the global dance music scene with a lot of international recognition. When you reflect back on it, what are some of the biggest highlights that you look back on?

The Dirty Code – Yes. October was a crazy month for us ! We started  the year with releasing on Showtek’s Skink followed by a release on Deorro’s Panda Funk. However, the biggest thing that happened this year was Hardwell playing our track Sultans in 3-4 shows that we can account for ! Also, our first vocal track ‘Find Me Again’ is doing pretty well! We got over 250k plays on YouTube in 2 weeks !

Akshay – To reach here, to receive this kind of international recognition requires a lot of dedication and hard work. What are some of the biggest challenges or struggles that you guys faced in your career so far?

The Dirty Code – The biggest challenge would probably be dealing with the event organizers and booking agencies here. We never get them. There is always something or the other that is really annoying. Either at the venue with the attitude, during payment, or just general communication.  Can’t recall a single gig that went  ‘completely smooth’. Smooth gig for us is when the entire gig fee is made in advance, good flight timings are chosen, good stay is arranged, and when the event organizer doesn’t act like he is the artist. Is that too much to ask for?

On the creative side, it’s pretty challenging too. It takes a LOT of work  to sound fresh, big, relevant and still manage to sound like yourself. We think it’s really important to leave your own mark, irrespective of the style you make, and that has always been the primary focus when we make music.

Akshay – Your collaboration with Crystal Lake – Sultans, has been heavily supported by Hardwell in the past month or so! Describe the moment when you found out about this.

The Dirty Code – Our manager got a mail from Hardwell’s team that he is going to air Sultans on his radio show. We were ecstatic! It was a big moment for us.

And just when the feeling started to sink in, Hardwell started playing it live at various festivals as a mashup with the superhit track ‘Starboy’ by The Weeknd and Daft Punk ! Probably, the best moment of 2016 for us. Later, he also added to his Spotify playlist.

Akshay – Do such moments create additional pressure every time you guys sit in the studio, knowing that there’s a certain level that you HAVE to reach with your productions now after setting such a benchmark?

The Dirty Code – Honestly, such moments relieve all the pressure because we see so much love and appreciation on our social media and that drives us to make even better songs.

Akshay – How do you handle this pressure?

The Dirty Code – We don’t feel pressurized. In fact, it acts as a catalyst for our creative process in the studio. Feeling good about ourselves helps us make music that would make the listener feel the same.

Akshay – Your take on the dance music scene in India?

The Dirty Code – Confused. But has a lot of scope if the right people are behind the scenes!

Akshay – For a lot of Indian artists that wish to make it big, what piece of advice do you have for them?

The Dirty Code – Clear your head and think straight. You have the ideas in your head, you need to let them flow ! It’s not easy, but don’t get discouraged. Play your strengths and stay true to yourself. Learn music theory, or atleast develop a good enough key sense. And finally, it’s not about how many years you put behind production that makes the difference, it’s about how many hours you put in the studio EVERYDAY!

Akshay – Are there any Indian artists that you feel are destined for big things next year?

The Dirty Code – There  are  a lot of talented Indian artists, most of them signed to our label Aaroh Music. However, we feel guys like Aneesh Chengappa, Akade, Paranox, Ukato and Pash are destined for great things in the near future.

Akshay – Having had such a successful 2016, what plans do you have for 2017 in order to ensure that you guys keep growing?

The Dirty Code – 2017 looks good on the production front. Got a couple of vocal tracks lined up, really excited about them ! Also, we are planning to start a small web series where we teach new production techniques and do tutorials of our own tracks. A podcast/radio show is also in the works with guest mixes from top International DJs and massive support for new Indian talent!

Akshay – Your top 5 essential tunes of the moment.