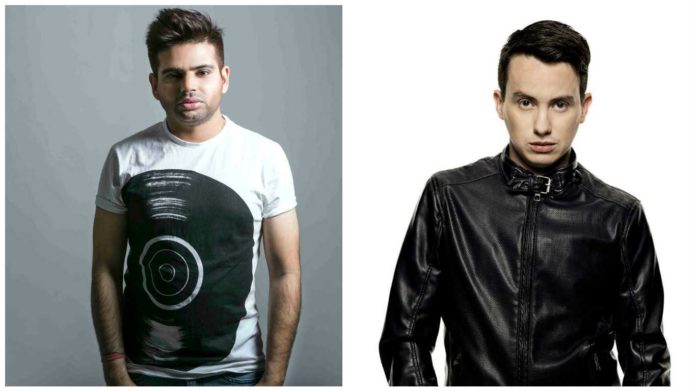 Sartek is one of the most talented dance music producer’s to come out of India and the only Indian to have graced the Beatport Top 100 (Electro House) charts, twice!

He has found the time to release on the likes of Hardwell’s Revealed label, the mighty Armada and Magik Music to just name a few and with Sartek also signing to the illustrious Cloud 9 Music making him more than a force to be reckoned with and an artist with hundred’s of thousands of avid followers.

Fellow Revealed and Armada label mate Ale Q has more than 9 years on the scene and become one of the most loved and respected DJ’s in Central America. Together they have come up with ‘Jump Right After You’. Slightly different in direction than the normal EDM, this killer cross over dance track has all the right elements and was immediately picked up for release and signed to SONY/disco:wax.

Check out our interview with both of them below where they talk about this single, plus plenty of more topics.

Sartek & Ale Q – 2017 has started on a super note with our first release of the year being released on a major label and that too Sony Music!:)

T.H.E – How did you hook up together for your new single ‘Jump Right after You’?

Sartek: We connected randomly on Twitter. Follow backs to each other resulted in a great convo and we liked each of ours music thoughts so we decided we should definitely chat once on Skype and try and do a track together!

T.H.E – Can we expect more collaborations from you in the future?

Sartek: My aim in the music industry is to collaborate with as many artists I can and I am super lucky to work my next one with a legendary DJ! Shhhh

T.H.E – If you could rub your magic disco ball and go back to anytime in dance music culture which era would recall?

Sartek: Great question! Well, I’m a big trance enthusiast and I would definetly love to go back to 2004-2009 era where the music was filled with emotions, hands in the air breakdowns and thumping basslines. I still would not dare to miss an Above & Beyond or an Av B trance night in my hometown!:)

Ale Q: I would love to go back to where it all started to me, When the Chemical brothers, The Christal Method and The Prodigy was taking over the world.

T.H.E – What do you think to the state of dance music culture right now in your home country?

Sartek – Its exploding like anything! Coming from a country of 1.2 billion people I feel dance music has lot of space to grow here and since last one decade the amount of big festivals coming to India is just insane!:)

Ale Q – I’m from Guatemala a really small country from central America where the latin music has been dominating since forever but in the last 5 or 6 years the dance music has gained more and more followers. Thanks to the joint efforts of local promoters, radios and the growing community of local djs and producers the EDM industry is getting bigger every day we even have our very own big festival: the Empire Music Festival that it would have its forth edition this year.

T.H.E – Your top 3 locations across the globe in terms of dance music culture?

Ale Q – Have already one release for march on a major label and working on tons of music.

T.H.E – What have you been up to outside of the studio and away from music?

Ale Q – I’ve bought a lot of video-games last year that haven’t got any chance of playing it so now I am catching up with it :p