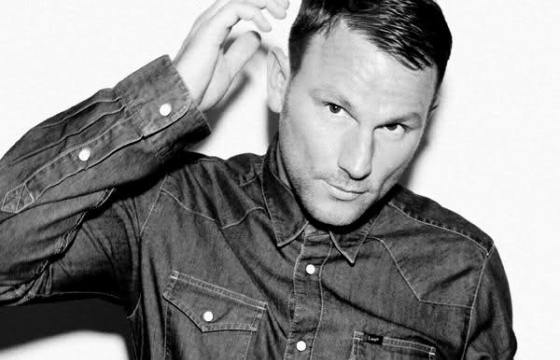 In a world where music is often limited to genre handles and buzz sounds, Mark Knight has proven a rare and wonderful breed of integral house heavyweight.

With a career spanning more than a decade and a solid reputation on both the digital market and dance floors across the globe, the Grammy-nominated DJ/producer has never rested on the laurels of being one of the industry’s most respected and accomplished UK players to date.

We had a call with Mark, literally one day before his gig at Mumbai and spoke to him about his thoughts on how dance music summits such as ‘The Exchange‘ can help in the overall development of the dance music scene in a region, his collaboration with Prok & Fitch and whether there are plans for an upcoming album (Ohh yes! ;)!

Check out our chat below.

Khushrav – Hi Mark! Thanks for taking the time out for this. How’s it going?

Mark – Its good. Im still in the office. I head to Dubai soon and then perform in Mumbai.

Khushrav – What are your thoughts on dance music summits such as ‘The Exchange’? How do such events help in the overall development of the music scene in a region?

Mark – I think its fantastic. I think dance music is truly global now. Such summits give people more opportunities to express themselves and expose themselves to more producers artists and labels. It just grows the whole scene in general. The more of these things we have worldwide the better it is. We’re just starting to think of it all in an academic way which is a set of online courses and seminars that talk about how we do things not only from a production point of view but as a label and next year hopefully we can come and bring that to a summit. They’re incredible and it just helps the dance music that we all love grow.

Khushrav – What responsibility do you feel artists have in improving the music scene in areas where the scene is yet undeveloped?

Mark – Well they have all the responsibility. Every time you write a record you should approach on ‘How am I gonna leave a legacy within the industry of music that I love‘. You need to push yourself and think ‘How will this sound in 10-15 years time?’ We need to adopt more of that kind of attitude to increase the threshold of music. We need to change the mantra and the way we approach making music to like making every record like its your best.

Khushrav – If you could be a part of any panel discussion at ‘The Exchange’, which would it be and why?

Mark – I suppose A&R (Artist & Records). Because I sit in a position where I am not only a recording artist but I have a record label & I understand different types of music. Its something I’m passionate about talking. I like to talk about the generalism on how you should approach making music and then what to do with it and market yourself. How do you make yourself heard among the thousands of people out there? I’d love to talk about all that cos its something I’ve done first hand in my own career.

Khushrav – Have you ever attended such music summits as audience in the past? If yes, how did it help you?

Mark – I always did go to ADE at the very beginning. When I went initially and we had the idea of Toolroom I was going around with demos trying to get heard trying to get seen. But I sat for many seminars and I found it very interesting. I found it interesting to go and listen to topics which were not necessarily directly related to what I do but had an impact on the music in general. I think its more educative when its about the whole music scene in general.

Khushrav – After the recent success of ‘Into My Life’ with Prok & Fitch, which other tech house artists would you like to collaborate with on future projects?

Mark – Well I’m doing a lot of stuff with Adrian Hour at the moment. He is for me probably the biggest and the most potential of the acts I have worked with this year. He’s an amazing talent and if I was a betting man, my money would be on him. We just released a single called ‘Dance with my heart’ the video is out too which tracks back to a 3 track EP. I’ll probably continue to work with him next year. Its just a very enjoyable process. We’re really good friends and the whole purpose and mechanics of making a record with him is very easy cos we read each other’s mind almost in terms of what we set out in the studio. It’s a very easy process so I think I’ll continue working with Adrian next year.

Khushrav – Any plans of an upcoming album?

Mark – Uh, yes. There are. Well actually I’m working on a band project. Its not necessarily a Mark Knight album but an electronic band project I’m working on next year. That is my sole focus for 2016 to get that done and out. Now it’s about 70% done but I want to turn it into a live show and it’s a very different concept although related with what I do day to day in terms of tech house. Its something different and I wish I could tell you more about it but… (paused). I’m dying to tell everyone about it, its gonna be a lot of fun and its gonna make people see me in a way which will be interesting.

I think we’ll probably do 1 or 2 singles next year and then look to tour it the following year and drop the album in 2017. We’ll do a few singles to put the project on the map and the whole album in 2017 I would imagine.

Khushrav – What are your views on the dance music scene here in India?

Mark – Its exploding, its vibrant, its enthusiastic, its really inspiring when you come to India. The amount of energy and passion people have here is inspiring. We’re seeing great music coming out, great producers, great DJs are coming out of India. Its still in the embryonic stage right now but you feel that something is going to happen right here. India is going to be a very big part of the global scene.

Khushrav – Toolroom has been doing brilliantly with its recent releases. Do you have any new artists you’d like to showcase on your label in the coming year?

Mark – We did a campaign last year where we worked through tracks from the past 10 years and we found that its time to freshen things up. So next year’s continuation of working with the likes of Vice, Adrian Hour, Prok & Fitch, Rene Amesz, Technasia, Loco & Jam, Mat Joe, Mendo, we have a very tight roster at the moment and its working really well for us. Its very sound specific & we’re very comfortable with that sound. When the right people and the right acts come along they’ll be part of the family. Lets hope some of those artists are from India.

Khushrav – Thanks a ton Mark for your time! Wish you the best & have a great gig in Mumbai.

Mark – No problem. Its very kind, Thank you for letting me be part of this interview. You take care, see you in Mumbai, Cheers!