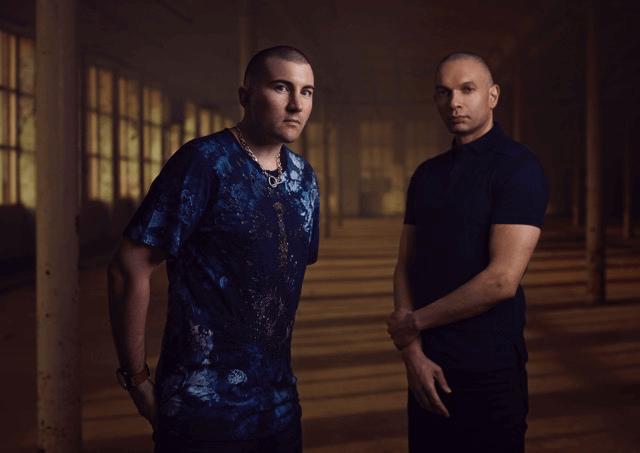 Learning his craft at the junction of house music and big bass, Ryan Blyth has become known for his way of blending melodic vocals and driving bass lines. The result on the dancefloor is peak time energy, with a dark and heavy backdrop.

Influenced in his formative years by Armand Van Helden, Erick Morillo, Carl Cox, and Tiga, Ryan is part of the new wave of electronic artists moving house music into its next chapter. Having paid his dues with a popular series of self-run club nights in his native Yorkshire, Ryan has now built up 3 million plays on his Soundcloud alone.

Recently, Ryan Blyth & After 6 revealed the original new video for their hit ‘Trust Me’.

We managed to catch up with Ryan and speak to him about his single, ‘Trust Me’, his influences and his plans for the summer. Read our chat below. :)

T.H.E – Hey Ryan, how are you and what have you been up to recently?

Ryan Blyth – I have been locked in the studio working 24/7 on my music. The best way to describe it is a cross between a cleaner with OCD and a conductor…make of that what you will!

T.H.E – You’ve just released your single ‘Trust Me’. What was the inspiration behind this?

Ryan Blyth – My writing partner After 6 had a new vocal idea from The Flirtations working over the Carrie Lucas sample and I built the finished record around that. It was a really quick process – like all the best records.

T.H.E – You’re signed to BBC Radio 1 Danny Howard’s record label. How did this come about? Did Danny personally discover you?

Ryan Blyth – This is quite an extraordinary scenario. Danny Howard was driving to a gig while listening to Radio 1 in the car, DJ Cameo was on filling in for DJ Target on a Saturday night. And along comes my song “Trust Me” and Danny heard it and obviously liked it because he contacted me the next day.

T.H.E – Who are your biggest influences?

Ryan Blyth – I love the 90’s producers who evolved house music into what it is now. AVH, he is GOD. Speed garage is also one of my passions.

T.H.E – How did you get into DJing/producing?

Ryan Blyth – I started DJing at 15 with vinyl and served a solid apprenticeship behind the decks and running my own club nights for the next 10 years. Then I started teaching myself about music production and making my own tunes.

T.H.E – Do you have any advice for upcoming Djs/producers?

Ryan Blyth – Buy some good speakers, spend as much money as you can afford. Also get some ear plugs for when you’re out !!!

T.H.E – Helena Bonham Carter narrates the music video for ‘Trust Me’. How did that come about?

Ryan Blyth – In my line of work it’s as much who you know as what you know !

T.H.E – What are your plans for the summer?

Ryan Blyth – I’m building my own space rocket and blasting off to the moon. Even Richard Branson is jealous.

T.H.E – Do you have any upcoming releases you can tell us about?

Ryan Blyth – I do but I’d have to kill you. It’s all top secret. But I can tell you about new tracks with Rachel K Collier and Duane Harden that I’m really excited about.

Watch the official video of ‘Trust Me’ below.