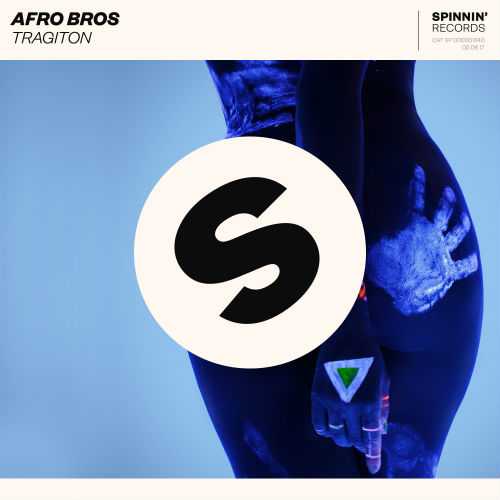 Afro Bros (consisting of Dutch DJ/producers Rashid Badloe and Giordano Ashruf) are returning on full force with an all around, amazing hot blooded dancehall club banger – Tragiton, out now via Spinnin’ Records.

After the widely acclaimed success of recent single ’18+’ it’s a track that sees the widely popular duo continue its exciting adventures in hot blooded club music. They are returning to form with “ Tragiton ”, the duo keeps the momentum going with its brand new single, a catchy dancehall record that’s bound to create hot and sweaty scenes on the dancefloor. It’s now officially out, ready to conquer this season’s festival crowds with a vengeance so get ready!

After kicking off their DJ careers around 2006, the duo made itself known with its fresh mix of music styles, mixing latin house, afro house, moombahton, house and urban, while playing some of the most well known clubs and festivals in Europe. And even getting into production, as they have taken on more serious roles in their quest for music domination.

“After the overwhelming success of ’18+’ we felt the need to go back to the dance floor a bit more. So we created this hot, sweaty piece of booty shaking music, perfect for the clubs as well as a sun drenched festival. Better move to this one!” – Afro Bros

Music Akshay Bhanawat - July 10, 2020
0
All things considered, it’s been a pretty incredible twelve months for Ryan Murgatroyd and the Swoon Recordings crew. Established in June 2019 as an outlet...

Music Akshay Bhanawat - July 10, 2020
0
UK drum and bass producer MUZZ is one of Monstercat’s most prolific signings. With three tracks already released since the end of May, MUZZ...

featured Akshay Bhanawat - July 10, 2020
0
Now that clubs are closed and parties can’t be held, how do you premiere the mainstage-tailored records you make? That question has been keeping...
ABOUT US
What started as an interest, slowly turned into a passion, and before we knew it, we had curated and founded a thriving community of avid electronic dance music lovers.
FOLLOW US
© Copyright 2020 - T.H.E Music Essentials