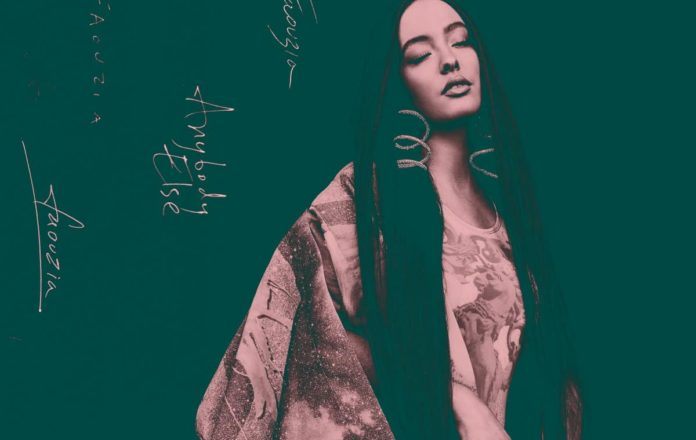 Malta-born, Vegas-based DJ and producer Jonah Vella – aka JONAH – proves his musical mettle with a sensational remix of Faouzia’s ‘Anybody Else’ – out now via Atlantic Records.

The second single to come from the rising star, JONAH provides a sympathetic electronic rework of Faouzia’s original. Allowing Faouzia’s spellbinding vocals to take the lead, Jonah deftly conjures an orchestral style soundscape with soaring strings, building up to a dramatic big room house drop that takes the single to a new dimension.

A timeless track that is perfectly suited to both airwaves and dancefloors alike, it’s hard to believe that this is only the second production from the burgeoning artist. Showcasing a calibre of output that belies his short career, it’s clear to see why the newcomer has been making such an impact on the dance community.

Having previously given up his law career to pursue his dream of working in the creative space, Jonah toured the world shooting photos and videos for industry legends and good friends R3HAB, Justin Mylo, Martin Garrix and Zedd. In 2020, finding himself unexpectedly locked down in Las Vegas due to the global pandemic, Jonah decided to turn his full attention back to music and teach himself to DJ.

Within the space of a year he was given a residency at ZOUK, Las Vegas, has performed at New York’s Marquee, as well as playing special b2b slots with Zedd, Ookay, Gryffin. Kicking off 2022, with a NYE show at ZOUK and NYD show at Exchange, LA, both with Zedd, Jonah has gone on to play Cameo’s events alongside other artists such as Diplo, DJ Khalid, Fabolous, DJ’d Liam Payne and Isaac ‘DRIFT’ Wright’s afterparty at Gary Vee’s VeeCon last month and has a LAVO, NYC headline in June 2022.

Receiving strong encouragement from his friends and highly respected names in the industry, JONAH began producing, hitting the studio with Styv and having already been called upon for remix duties by the phenomenal Faouzia for his second single, the rest is history.

With her spell-binding voice, fierce intelligence and larger-than-life talent, Moroccan-born, Canadian-raised, 21-year-old singer/songwriter/multi-instrumentalist Faouzia has an extraordinary charisma that’s equally matched by her ingenuity. Named one of Variety’s “Artists to Watch for the 2022 Grammys”, Vogue’s “Style Stars Set to Make 2022 Exciting,” PEOPLE’s “Talented Emerging Artists Making Their Mark on the Musical Landscape” and Entertainment Weekly’s “Artists to Watch in 2022” the 21-year-old artist has recently released a string of impressive powerhouse pop anthems.

With over 720M global streams to date, Faouzia has cemented herself as an artist to watch. With collaborations with John Legend, Kelly Clarkson, David Guetta, and more, the landmark star has been praised in global publications spanning VOGUE, Harper’s Bazaar, PEOPLE, ELLE, Rolling Stone, Genius, Seventeen, Billboard, and Uproxx to name but a few.