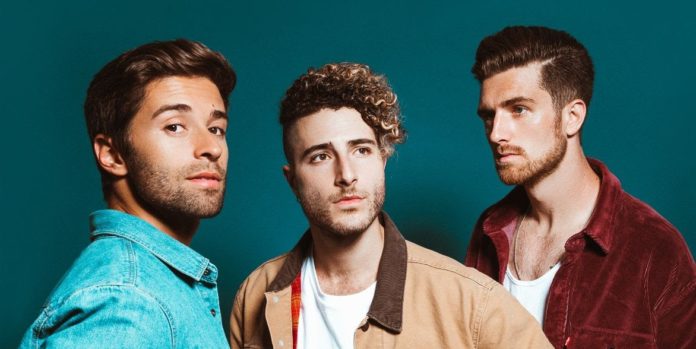 Jake Miller and Fly By Midnight have teamed up on a breathtaking new single ‘Automatic’, out now via Snafu Records.

‘Automatic’ is an emotive indie-pop journey that highlights the vocal talents from both Fly By Midnight and Jake Miller. A beautiful, downtempo track that features delicate harmonies and emotive lyrics, ‘Automatic’ is meant to reflect that instantaneous connection when meeting the right person.

Fly By Midnight mention about the collaboration, “We’ve been close friends with Jake since we first travelled to Los Angeles about 2 years ago. After writing “Automatic” we knew he would be the best fit for the collaboration. It’s a feel-good track that we hope resonates with our fans as much as it’s resonated with us.”

Jake Miller adds, “The only thing better than making music, is making music with your best friends. I’ve written 4 to 5 songs with the dudes from FBM, but this is the first time that we actually get to collab. I couldn’t be more excited about this song and I’m so proud of how it turned out.”

Jake Miller has grown a diehard fanbase called “The Millertary,” clocked 275 million cumulative streams, and shared the stage with the likes of Ariana Grande, Shawn Mendes, and Fifth Harmony. He’s embarked on 8 headlining nationwide tours and has garnered the endorsement of People Magazine, Billboard, MTV, Teen Vogue, Forbes, Cosmopolitan, and more. In 2019, he issued BASED ON A TRUE STORY, his 6-song comeback EP that he wrote and produced exclusively in his bedroom, and yielded the Billboard Top 40-charting hit single “WAIT FOR YOU,” which he performed on LIVE with Kelly and Ryan. Jake has taken Tik-Tok by storm, where here he’s accumulated more than 780K followers, 50 million views, and 8.8 million likes on the platform.

Indie-pop duo Fly By Midnight has garnered a global fanbase with their unique blend of pop-driven anthems. The duo has racked in over 30 million streams across platforms, produced hit singles ‘Vibe’and ‘Lovely’, and been featured on numerous Spotify playlists (Chill Hits, NMF US & more). Recently performing on Netflix’s PRIDE Celebration alongside Chaka Khan, Laverne Cox and Trixie Mattel, Fly By Midnight have been praised by tastemakers such as Billboard, Buzzfeed, NYLON, Huffington Post, MTV, Forbes, etc. Their latest work and collaboration with Shoffy on ‘Caffeine’ pays homage to the female icons of the 90s including Tiffani Amber Thiessen (Kelly Kapowski from Saved By The Bell), Tyra Banks & Jennifer Lopez.

The official music video for ‘Automatic’ is set to drop on November 25th, and fans can stream the full single + lyric video now on all platforms.