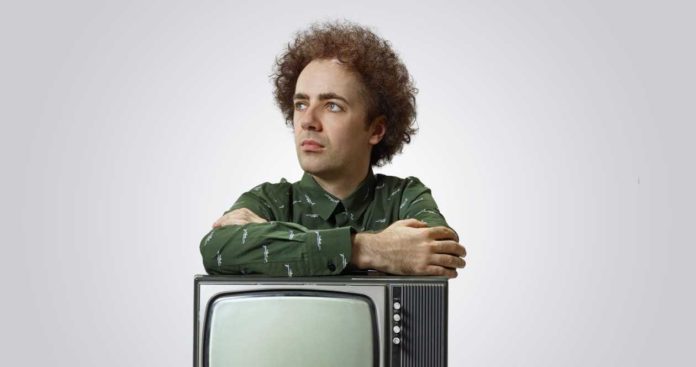 High Contrast’s ‘Shotgun Mouthwash’ is the next track to be revealed from the British electronic music artist’s forthcoming artist album.

The original (recently premiered by Radio 1 as “Hottest Record…” and a key part of the soundtrack to ‘T2: Trainspotting’) takes its cues from bluesy rock and roll and features High Contrast on vocals, lead and bass guitar, keys, and drums. With the dancefloor in mind, High Contrast has just dropped a Jungle Remix, which recently premiered over on UKF.

Tickets for High Contrast’s debut headline live show ‘High Contrast Live’ at Electric Brixton on 18th March will go on sale on Friday 3 February at 9am. The gig will feature new material from his forthcoming album, alongside classic productions in a state of the art production set-up. More info via: www.highcontrastlondon.com

While Lincoln Barrett, the man behind the moniker, is one of the most respected electronic music artists in the game, the sound of ‘Shotgun Mouthwash’ won’t surprise those who’ve heard his sound evolve over the course of 5 previous studio albums. Though most well-known as a leading figure within drum & bass, an eagerness to explore different genres has seen him incorporate rock, Northern Soul, film soundtracks (Lincoln is a former film student and film obsessive), hip hop and beyond, into his music.

The inclusion of this track in ‘T2: Trainspotting’ marks the second time he’s worked with director Danny Boyle. His involvement with Underworld on a collaboration for their 2010 album, ‘Barking’, led to Barrett, alongside the duo and Boyle, programming the music for the athletes opening parade at the 2012 London Olympics – a “surreal experience” that saw him reach an audience of over 1 billion people. Lincoln also produced Underworld’s acclaimed 2016 album, ‘Barbara, Barbara, We Have A Shining Future’. Other recent collaborations include Dizzee Rascal and DJ Fresh.

The sought after nature of some High Contrast ‘magic’ has also seen him become one of dance music’s elite remixers, achieving acclaim for reworks of Adele (with ‘Hometown Glory’ and ‘Hello’), White Stripes, Kanye West, and London Gramma

Riot Ten And Stoutty Revealed As Artists Behind The Mysterious Project Pushing Daizies; Release New Single “I Miss You” With Lucii

The Best Gambling Songs In History

Editorials Akshay Bhanawat - July 26, 2021 0
Las Vegas is built on two things, gambling and entertainment. Some of the greatest names in the music industry have regularly performed in Vegas...

EDM News Melody Siganporia - July 26, 2021 0
Almost a month ago, tragedy struck in Surfside, Florida when a 12-story building, Champlain Towers South, came crashing to the ground in the middle...

Music Melody Siganporia - July 26, 2021 0
In a recent tweet, dubstep head honcho Excision confirmed a new album is on the way and will be released later this year. Giving...

EDM News Melody Siganporia - July 26, 2021 0
In an effort to do away with social distancing and mask mandates, the Belgian federal government launched its Covid Safe Ticket (CST). Just last...
ABOUT US
What started as an interest, slowly turned into a passion, and before we knew it, we had curated and founded a thriving community of avid electronic dance music lovers.
FOLLOW US
© Copyright 2021 - T.H.E Music Essentials