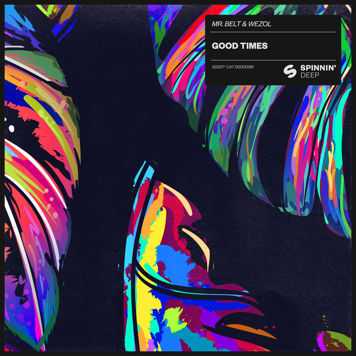 The duo have been on fire these last few years. 2015 saw their monumental rise to international fame, riding the wave of hit single ‘Somebody To Love’, which managed to stay in Beatport’s Top 10 for over a month, gaining support from DJs like Oliver Heldens, Avicii and The Magician as well as radio plays from guys like Martin Garrix and Nicky Romero.

The guys have since been on a sweet disco trip, reworking the classic Earth, Wind & Fire tune ‘Boogie Wonderland’ late 2016, and now returning with another brilliantly revamped classic in the form of ‘Good Times’.

“What’s a better follow-up to our take on ‘Boogie Wonderland’ than a take on Chic’s ‘Good Times’? I think it’s one of the most sampled tunes in music nowadays, but we didn’t hear any house takes on it yet so we figured, why not give it a spin of our own? Fun thing is that everyone, including most people of our own generation, knows its lyrics and can sing along to it; even though it’s a song released in 1979.” – Mr. Belt & Wezol