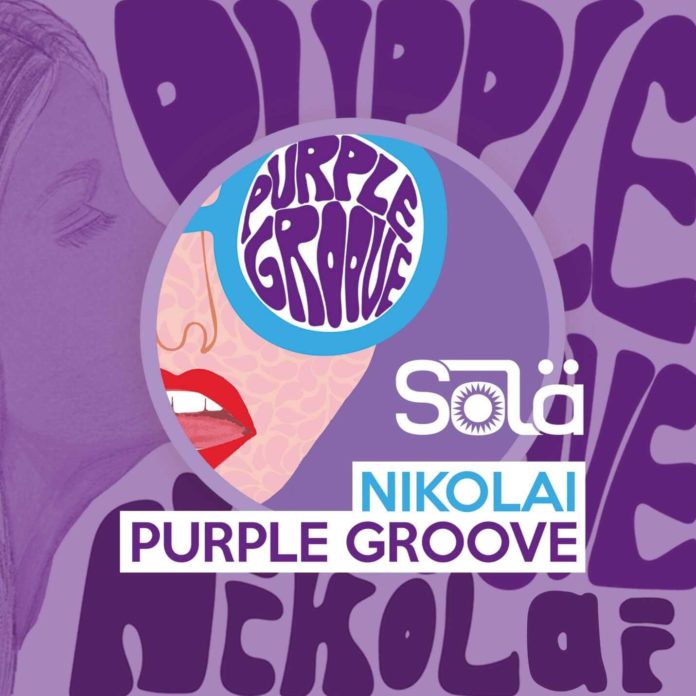 A House number that screams of classic, old-school vibes, Purple Groove is a real throwback to the disco days and exemplifies that with it’s powerful, soul-inspired vocals.

A groovy bassline keeps the tempo going before a big drop that builds to a crescendo that leads into vocals that talk about lifting oneself up.

The track had already been making waves just under a year ago, when Nikolai uploaded a clip of his track onto Soundcloud. It was quickly picked up by established act Richy Ahmed and soon became a mainstay at several festivals and clubs.

The record has been played at Space Ibiza, Tomorrowland, BPM Festival and several more of the world’s biggest events. It has also garnered supported from several heavyweights such as Skream, Patrick Topping and Solardo, who has now released the track on his label.

An unknown quantity until the success of Purple Groove, 21-year-old producer and DJ Nikolai is definitely set for bigger things if his first release is anything to go by. Drawing on the tech house music explosion of recent years, he has taken all the influences from the genre and added his own Mancunian twist to it.

You can stream ‘Purple Groove’ below.

You can buy ‘Purple Groove’ on Beatport, here.