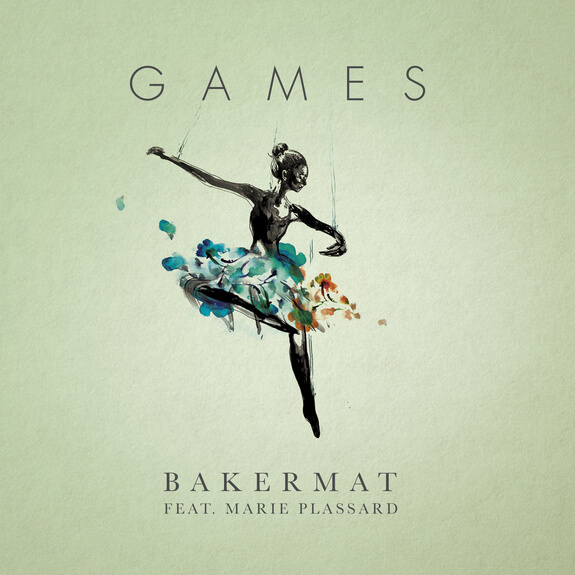 Dutch house pioneer Bakermat is officially back, as he joins forces with South African multi-instrumental duo, Goldfish, to release his most eagerly anticipated EP to date – ‘Games’.

Serving as the first original release since his smash hit, ‘Teach Me’, the ‘Games’ EP re-introduces listeners to the groovy and undeniably intoxicating sound that is Bakermat. The Dutchman has called upon Parisian vocalist, Marie Plassard, to pair with the sounds of Goldfish, with the end result being nothing short of spectacular. The first track on the EP, ‘Games’, exudes Bakermat’s feel-good brand of house, both accentuating Plassard’s hovering vocals, and focusing the listener on the guitar-infused melody. The second number, ‘Games Continued’, made in collaboration with Goldfish, provides a very different take on the original, featuring a bouncy piano lead and an awe-inspiring saxophone riff. Both tracks reflect Bakermat’s versatility as a songwriter and display the electrifying result of a perfect partnership.

2015 was unmistakably Bakermat’s biggest year to date, as the young Dutchman made up for no original releases with some of the biggest gigs of his life at the likes of Ultra Music Festival, Tomorrowland, Shambhala, Bestival Toronto and Mysteryland USA to name but a few. With the release of this ‘Games’ EP, a stacked touring schedule and a bunch of new EPs on the way, Bakermat is prepped for yet another career-defining year.

Catch Bakermat live in London in February, where he will be curating his very own night ‘Bakermat Presents The Circus’ for two nights this February 5th & 19th, with the likes of Don Diablo, Mowe and many more TBA acts set to perform.