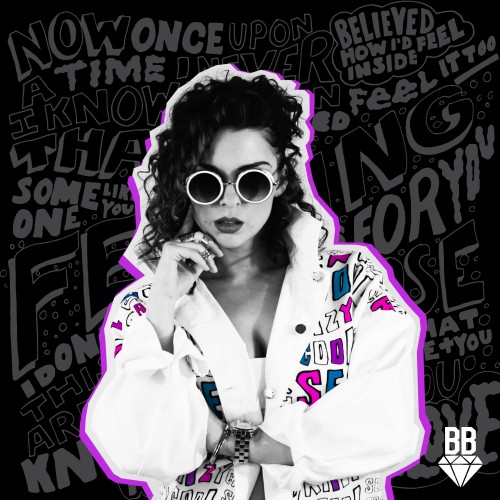 With her debut single Instinct receiving support from BBC Introducing, Radio 1, Beats 1 and Radio 1XTRA, and her UK Top 40 vocal feature on Gone Missing with Shift K3y added to every national radio station and topping the UK Club Chart, the path to success has been set for the worlds newest popstar, BB Diamond.

A pop force to be reckoned with, BB releases her follow-up track Feeling, after joining the ranks of some of pops finest on the First Access Entertainment roster sitting in great company alongside Zayn, Ellie Goulding, and Rita Ora.

2015 was an incredible year for the Essex-born musician. After years of shyly honing her craft, working as a backing vocalist for the likes of Katy B, Ella Henderson and Clean Bandit on tours and live performances such as Wembley Stadium, SXSW, V Festival and Glastonbury, BB has quickly developed into an artist in her own right and finally takes pride of place at the forefront of the stage, where she feels is her natural habitat. BB rounded off 2015 with a main support slot on Jess Glynnes 2015 Autumn UK tour.

Feeling, packed with a commandeering bassline, throwback piano synths and an infectious old-skool undercurrent, will transport you back to the height of the UKG clubbing scene and is set to infiltrate dancefloors, house partys, clubs and festivals. Its sure to bring the blissed-out, good-time party vibes to the Summer of 2016.

BB Diamond will be supporting Tinashe at the following UK dates in May.