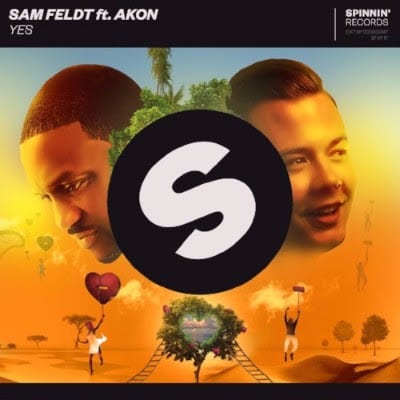 The track will also mark the announcement of Sam’s hotly anticipated debut album, Sunrise, which is due for release on 6th October 2017 via Spinnin’ Records.

With typically smooth tropical vibes lacing the production, Sam displays his unique signature style on the track with a slowed tempo, and addictive synth-based melody running throughout the release. Topped with the instantly unmistakable vocals of AKON, the rap star’s rich delivery seals the summery feel to the production, which is sure to act as a firm favourite with Sam’s fanatic ‘Heartfeldters’ fanbase.

The single is accompanied by a colourful music video directed by Deni Kukura. The use of eye-catching body paint and smoothly choreographed dance routines act as a perfect match for the melodic upbeat nature of the track. Featuring Akon himself and Sam Feldt with his live band of trumpet and saxophone players, the music video, much like the release, centres around overwhelming feelings of positivity, and summer-inspired joy.