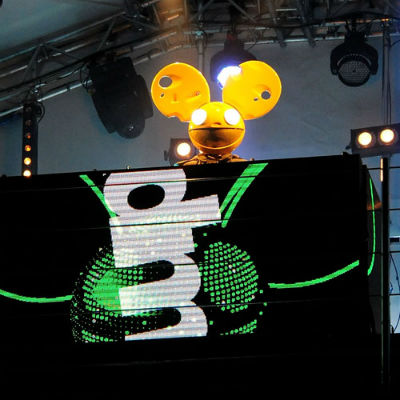 On Monday 28th November Nokia Lumia 800 with Windows phone brought deadmau5 and the world’s most advanced 4D technology together and created an amazing free light show at Millbank Tower, London. Millbank was plunged into darkness with the iconic tower acting as the canvas for a never-before-seen spectacular. Each of the 120 metre high building’s 800 windows were covered with vinyl as 16 powerful projectors, stationed 300 metres away on the other side of the river, beamed 3D images onto the structure. Huge butterflies flew across the London skyline and the tower was twisted, pulsated and even fell down. Billed as the “future of live events” the spectacular show was accompanied by music from super producer deadmau5, who created exclusive remixes for the performance — adding the 4th dimension.

Watch it below and share it with your friends as its not worth missing out on!

Editorials Akshay Bhanawat - January 31, 2023 0
Some might say that music doesn't need to be revolutionised at all, and while we're inclined to agree, the truth is that the music...

Awakenings Summer Festival Returns With Their 3-Day Weekender And Drops Impressive Lineup With Over...

EDM News Akshay Bhanawat - January 31, 2023 0
Back with three days of endless dancing in July, Awakenings Summer Festival announces the lineup for their 2023 edition. ...

EDM News Akshay Bhanawat - January 31, 2023 0
The next Italian Easter weekend stands out with some of the very best electronic music thanks to Decibel Presents Easter Edition, which will be...

EDM News Akshay Bhanawat - January 31, 2023 0
Get ready to SHINE again this summer with Paul van Dyk and his SHINE Ibiza event series at Club Eden in San Antoni! ...
ABOUT US
What started as an interest, slowly turned into a passion, and before we knew it, we had curated and founded a thriving community of avid electronic dance music lovers.
FOLLOW US
© Copyright 2022 - T.H.E Music Essentials