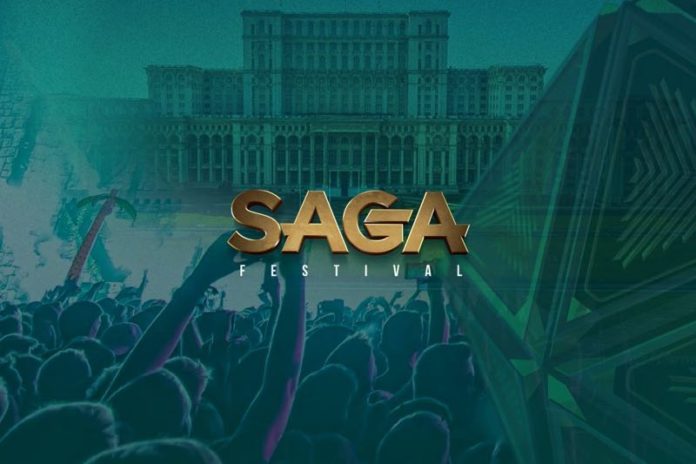 With the music industry experiencing over an entire year of global lockdown, music fans are eager to go back to the dancefloor this summer.

SAGA Festival is making its debut in 2021 with a highly anticipated 3-day weekend of revelry at an exciting new city for dance music. SAGA Festival is set to take place on new dates between 10-12 September 2021 at Bucharest’s picturesque Izvor Park location. The lively city will bring together music fans from over 40 countries and 6 continents to share a weekend filled with music, love, unity and respect.

This unique festival is the result of a collaborative effort between organizers ALDA (AMF) and Insomniac (EDC), and promises the beginning of an extraordinary new chapter for the festival circuit. ALDA has earned its steadfast reputation as one of the music industry’s leading event organisers having organized 350 shows for more than 30 brands and playing host to millions of visitors worldwide. Joining forces with worldwide event trailblazers Insomniac, who are responsible for many of the world’s leading events including EDC, these two industry giants are behind this pioneering festival that will change the face of the music industry.

To accompany this poignant milestone, SAGA founders ALDA & Insomniac have now revealed the superstar names set to perform at the Romanian festival, which already promises to be one of the highlights of 2021. The lineup will see a glittering ensemble of over 50 names from house, techno and progressive, head to Romania between 10-12 September 2021.

Fronted by a special performance by GRAMMY-winning DJ and producer Tiësto, the mainstage will feature some of the biggest and best names in electronic music. Alongside Tiësto, Alan Walker will dazzle fans with an unmissable performance. British electronic GRAMMY-winning band Clean Bandit will perform an electric DJ set packed with their greatest hits, alongside future house pioneer Don Diablo. Co-founder of the massively popular Future Rave movement, MORTEN is sure to be one of the most talked about acts of the weekend along with dynamic sister duo NERVO. Salvatore Ganacci joins the SAGA celebration to elevate the energy, and Sigala makes his Romanian debut. Australia’s Timmy Trumpet will electrify the stage with his beloved trumpet and a set designed to entertain. World renowned duos Vini Vici and W&W will be on hand to deliver top notch performances to Izvor Park. Rounding up this stellar mainstage lineup is the renowned Regard, chart topper John Newman, Dutch prodigy Mike Williams, and Germany’s very own Topic. Partygoers will be on hand to experience the beginning of a brand-new era for the Romanian festival scene, with superstar artists performing across multiple stages during the weekend.

In addition to the mainstage lineup, the billing for its inaugural edition will cater to a wide spectrum of tastes within the dance music world including a massive house and techno lineup. Bringing in some of the leading names, it all starts with Drumcode head Adam Beyer, whose expansive discography will set the stage alight. Amelie Lens makes her Romanian debut at SAGA, where she will perform a set fit for this momentous occasion. The Netherlands’ very own ADIN will be joined by one of Brazil’s finest exports, ANNA. Multi-faceted duo ARTBAT are set for a performance promising to be one for the books. Baggi joins the legendary Carl Cox, Chris Liebing and Deborah De Luca who will join Glasgow’s Denis Sulta to bring their unique sound to Bucharest. As one half of the GRAMMY winning duo Deep Dish, Dubfire is guaranteed to bring top tier tracks. The artist responsible for huge music collaborations, Eli Brown will be bringing them to life, along with talented techno producer Enrico Sangiuliano. Bringing his addictive energy to the stage, Fisher joins the SAGA excitement, alongside Franky Rizardo and Hot Since 82. Joris Voorn will provide an unmissable set, much like Joyhauser and Danish star Kölsch. Mix master Maceo Plex will take fans on a journey through impressive sounds from multiple aliases spanning many years. Mathame will join the SAGA celebration with their unique sounds, as well as one of the most talked about trios in recent history, Meduza who will be making their anticipated Bucharest debut. German techno DJ Monika Kruse joins Reinier Zonneveld who will be performing a very special LIVE show. Mancunian duo Solardo and Sonny Fodera will perform sets not to be missed, and Spartaque and Umek round off this spectacular, world-renowned techno and house lineup. In addition to this huge ensemble of world class names, SAGA partygoers will witness a stellar cast of local talent, showcasing the best of what Romania has to offer.

SAGA will provide a long-awaited festival experience in summer 2021, as Bucharest prepares to welcome visitors from throughout Romania and beyond. With state-of-the-art visuals, phenomenal pyrotechnics and breath-taking stage designs, SAGA Festival will mark an unmissable immersive music experience that will push the boundaries of the events industry. ‘The story of SAGA’ will begin in 2021 and will provide visitors with a true celebration of music and culture that will attract attendees from all corners of the globe. With 20,000 weekend tickets already sold, the demand for this event will prove insatiable. Tickets for the 3-day festival experience are now on sale with a limited number of tickets available at a special price until 12PM CET on Friday 23 April. Tickets can be purchased here and ticket payment plans are available, starting at 79 RON (€15) deposit.

“The world is opening up again and I am counting the days until we can celebrate in the best way by welcoming everybody to the extraordinary debut of SAGA festival. What we have in store is ground-breaking – from the amazing lineup to the immersive music experience and so much more. This will be a truly special celebration of music. Hope to see everybody at this first edition of SAGA in the heart of Bucharest. Let’s celebrate freedom together!” – Allan Hardenberg, CEO, ALDA