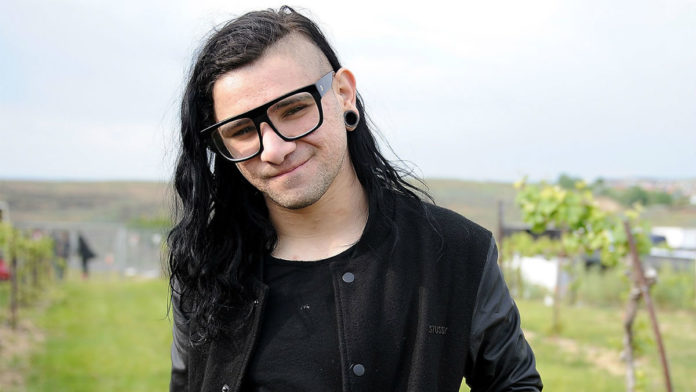 Skrillex has been teasing new music for quite some time and we did expect a bunch of new music from him in 2019.

For the first time now, the master producer has hinted at new “albums” … yes, he said “albums”. Isn’t that the biggest year-end news already?

After being nominated the Grammy Awards for the 13th time for the track “Midnight Hour” with Boys Noize and Ty Dolla $ign, the artist took to social media to express his thanks. It is then that he revealed that he is “just in the studio finishing my albums”.

While other collaborators like Brownies and Lemonade congratulated him for the nomination and upcoming new music, it leaves a lot for us to speculate.

With the earlier announcement of getting back with Diplo for Jack Ü, it leaves everyone excited thinking about a possible new Jack Ü album.

Content Writer | House Music News & Editorials at T.H.E - Music Essentials
I'm someone who constantly works at experiencing life better and enhancing my perception. Not allowing myself to be ruled by social norms, my way of living is an expression of my joy rather than the pursuit of happiness. Venturing into volunteering activities full time, I take time to write about things dear to me - which includes dance music! My passion for dance music started at the age of 15 which propelled me to host parties and promote dance music events! Today, I love seeing how the genre has evolved and wish to befriend more people to the genre!

featured Akshay Bhanawat - January 29, 2020
0
Scottish DJ, producer and label owner Kevin McKay has a discography that spans the last 20 years. He has produced everything from world-renowned dance...

EDM News Pavan Kumar - January 29, 2020
0
The Indian music scene has seen a steep rise in terms of talent and quality of music that's being produced. A huge leap has...

Billie Eilish Became the First Woman To Sweep The Big Four Honors at The...

EDM News Melody Siganporia - January 28, 2020
0
When this 18-year-old became an almost viral sensation with her hit “bad guy”, everyone knew she was going to be one to look out...

Music Hannah Helbert - January 28, 2020
0
Following Task Horizon's massive new release 'Disintegrate' on Evolution Chamber, a label founded through the brute force of their own work, alongside Receptor and...

Road To ULTRA Returns To India This March; Lineup Rumoured To Include Nicky Romero...

EDM News Mmkrishna Cherla - January 28, 2020
0
Ultra, one of the biggest festivals of the world, is making its way back to India for another edition of “Road to Ultra”. As...
ABOUT US
What started as an interest, slowly turned into a passion, and before we knew it, we had curated and founded a thriving community of avid electronic dance music lovers.
FOLLOW US
© Copyright 2020 - T.H.E Music Essentials