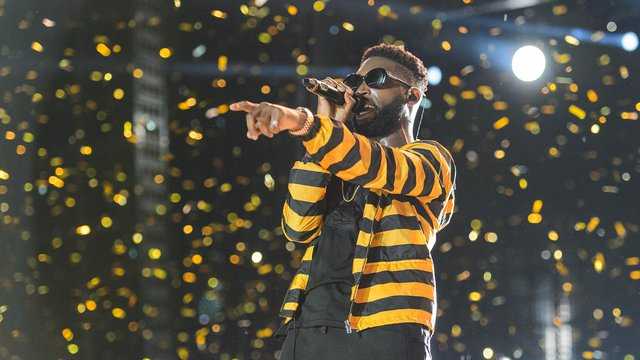 Partnering up with the premier open-air club for a second year, Tinie will be bringing his world renowned Disturbing Ibiza concept to the White Isle every Friday for fifteen consecutive weeks from 9th June to 15th September. Following on from last year’s success, which saw thousands of partygoers in attendance each week, this year Tinie Tempah and DJ Charlesy will be back to curate and host some of the hottest parties on the white isle this summer.

Never failing to impress with their resident roster, today’s announcement once again proves why fans flock from every corner of the globe to experience Ushuaïa’s now-legendary poolside parties. Committed to bringing the very best names in the business to their revered stage, boasting dazzling production, pyrotechnics, sounds and visuals, Ushuaïa pulls out all the stops to throw the most spectacular parties on the island every night.

Brit Award-winning Tinie Tempah has risen through the ranks to become one of the most successful artists of his generation. Renowned for his unique blend of Hip Hop and electronic music, the UK star founded his 360 entertainment agency Disturbing London back in 2006 and has since gone on to achieve phenomenal success with their incredible events in London, Dubai and of course, Ibiza. Although this year’s lineup is still being kept closely under wraps, with previous appearances from the likes of Snoop Dogg, Will.I.Am, Mistajam and more, expect top tier talent and mind-blowing production. Disturbing Ibiza is the only way to kick off the weekend on the island. Stay tuned for a massive special guest announcement coming soon!