France-based producers Thibault Hisquin and Adrien Baudin joined forces to form the Digitalz project a little over four years ago.

Merging their rich background as musicians and producers, the Digitalz project stemmed from their multi-genre influences of rock, hip-hop, and pop as they merge together in the electronic music realm. Adrien has been a music producer and hip-hop DJ for over ten years now and Thibault has also been a music producer for well over a decade, working with a variety of different artists in the electronic music realm. As they focus their attention to their new project, the future holds endless possibilities for this new chapter.

They launched the Digitalz project with the intention of exploring various sounds and fusing genres together. Their debut single ‘Don’t Need You’ was released in 2017 and was shortly followed up by their coveted ‘Bohemian Rhapsody’ remix which received staunch support from Axwell and David Guetta across multiple festival stages. In 2019, they released their sophomore single ‘Sweet Dreams’ which provided another mesmerizing glimpse into their venerated studio prowess.

Taking some time to hone their signature style, Digitalz has spent the past few years crafting their debut album. Capitalizing on rock sensibilities as well as pop elements, the duo blends an array of genres into cinematic electronic-forward soundscapes. The aim with the Digitalz project is to fully immerse the listener into an otherworldly universe including surreal visuals and larger-than-life melodies.

To share their favourite sounds in down-tempo and electronica, Digitalz take over this week’s “Mix Of The Week”. 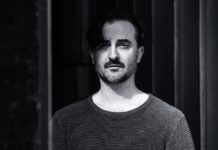 Mix Of The Week: Bantum

Mix Of The Week: Popeska 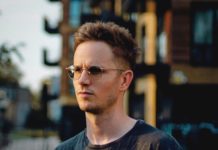 Mix Of The Week: Rob Late