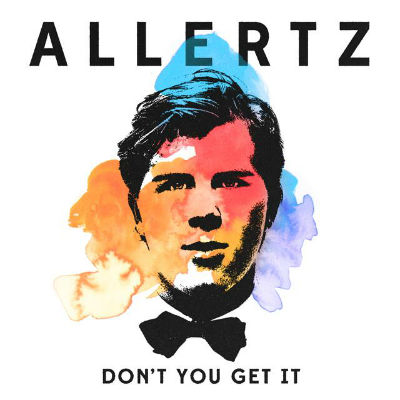 At just 22 years old, Allertz’s music has already been played by some of the biggest names in the world of electronic music.

After being discovered in a Stockholm nightclub two years ago, the Swede has gained support from the likes of Tiesto, Hardwell, Style of Eye and many more. Today, the rising producer drops his debut track ‘Don’t You Get It’ – out now via Sony Music Sweden!

A complete electro-house track filled with entrancing lyrics, fist pumping drums, and a swagger that only Allertz can provide, ‘Don’t You Get It’ is a testament of Lars’ hard work and dedication to his craft. Steadily rising synths push the song through an entanglement of vocals and into the room-shaking chorus. Allertz said, “I always put a lot of emphasis on melodies in the beginning of a track and then get into a nice danceable rhythm.” It is safe to say that this progressive banger will have audiences dancing along all across the world.

Throughout 2014, Allertz has been tirelessly producing in the studio, aspiring to join the ranks of superstar Swedish DJs such as Avicii, Alesso, and Sebastian Ingrosso. Gaining more and more experience every day while taking his art form to the next level, 2015 is set to be a year of reckoning for the prodigy.

Listen to ALLERTZ – Don’t You Get It (Original Mix) below.